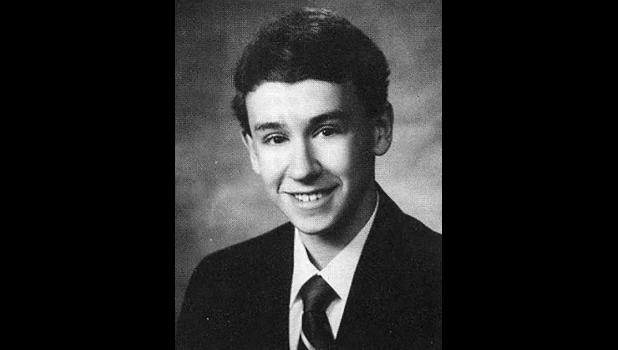 By:
Nate Troy
CRESCO - Some people beat around the bush and others come right to the point. Count me in the second category. On April 10, I’ll be leaving the Times Plain Dealer to take a job at Cresco Food Technologies.
There are a few main reasons why I’m hanging up the camera, notepad and voice recorder, but I’m not going to list them here. I’ll just tell you I’m ready for a career change at this point in my life.
Before I share a few memories, I want to dish out kudos to some people who have helped me a great deal since the first time I moved to Cresco as a 23-year-old wide-eyed kid on July 15, 1995.
I want to give a gigantic thank you to Ken Becker, former TPD news editor. On June 30, 1995, he interviewed me for the sports editor position here and recommended that the boss hire me. Ken also helped me with photos and stories.
I also want to thank all the Crestwood and Turkey Valley coaches, teachers, athletic directors, administrators and everyone I’ve leaned on at both schools for all their help during my three stints at the TPD (1995-1997, 2000-2005, 2011-19).
Naturally, I want to thank my current co-workers at the TPD as well as my boss, Dan, who hired me to cover sports in LeRoy, Minn. in 2009 and allowed me to come back to the TPD in 2011.
Finally, I’d like to thank my wife (Sara), my parents, her parents, our extended families and Jim Turvold next door for their support.
Before I sign off forever, I’d like to share a handful of memories of my long journey with the noble profession of journalism. Since graduating from Loras College in Dubuque in 1994, I have worked at five different newspapers in the following towns: Mobridge, S.D.; Cresco; Boone; Decorah; and LeRoy, Minn. While each stop has provided its own unique moments, the best memories have come from Cresco.
Shortly after I first arrived here in July 1995, the Crestwood football team won the district that fall and qualified for the playoffs for the first time in history. Even though the Cadets lost in the first round of the playoffs, it was still an awesome year.
Over the years, I’ve been fortunate enough to cover several Crestwood teams at a variety of State Tournaments. I covered the Crestwood girls’ hoops team at State seven times (1997, 2003, 2014, 2015, 2017, 2018, 2019), the boys’ basketball team twice at State (2004, 2005), the girls’ cross country team three times (2012, 2017 and 2018), the softball team once (2015), the girls’ and boys’ track teams every year from 2011 to 2018 and the wrestling team every year from 2013 to 2019.
While I’ve enjoyed covering the Cadets each year at State, my favorite time would have to be March 2018 when I saw the Crestwood girls’ squad crush Sioux Center to win the State title.
On the flip side, I’ve also seen teams come close to summit before falling short. I remember the heartbreak of watching the Cadet boys’ basketball team lose in the State title game two straight years (2004 to Harlan and 2005 to MOC-Floyd Valley). It was also tough to watch the Turkey Valley girls’ squad fall to Springville in the State Finals in 2016 and 2017.
While it was obviously more enjoyable to watch the Cadets and Trojans chalk up wins, it was fun to see both squads go all out in every game, which they always did. I also tried to give it my all whenever I covered a game, match, meet or tournament. Thanks, Cresco!
(The photo at the top is from my senior year of high school, 1989-90. I thought the readers might like to see what I looked like when I was 17).