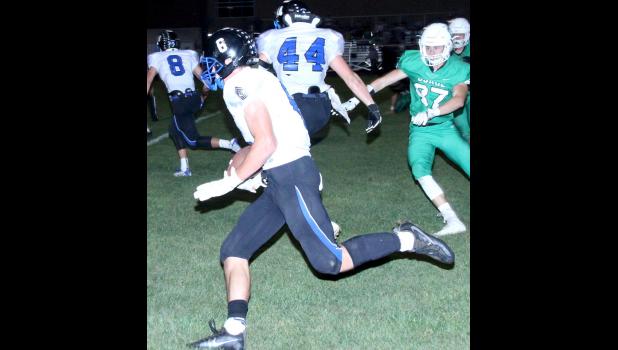 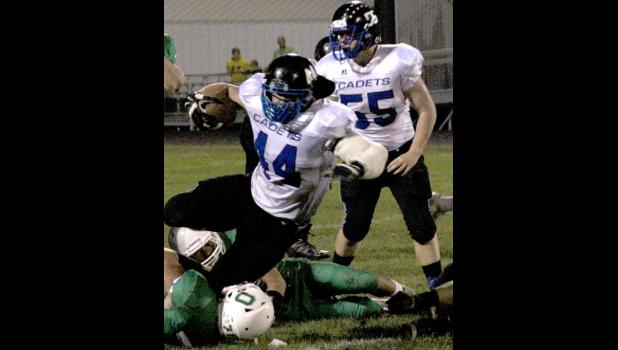 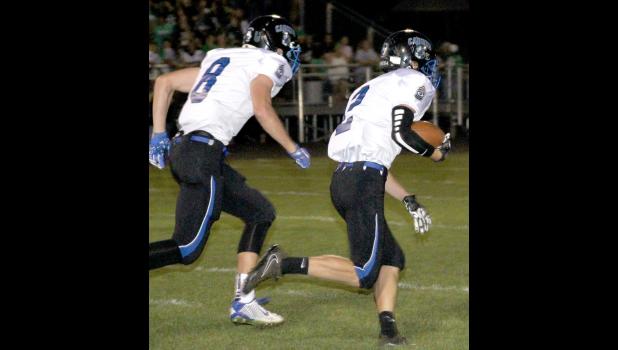 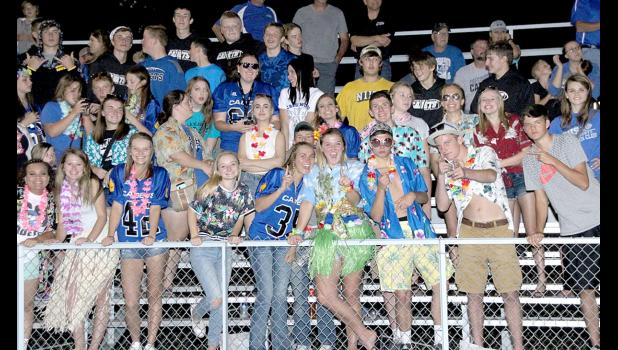 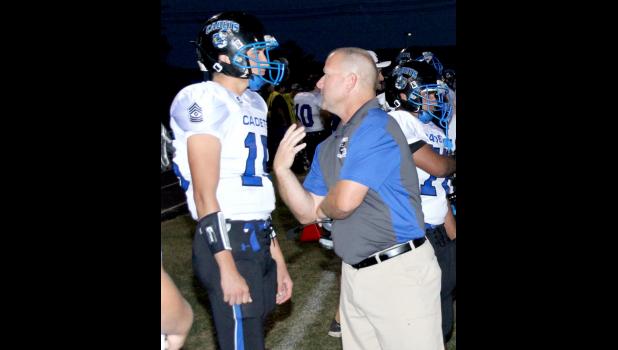 By:
Nate Troy
OSAGE - Sometimes in football, a handful of minor miscues and mistakes make a big difference. That was certainly the case during Friday’s varsity game between Crestwood and Osage as the Green Devils took advantage of the Cadets’ miscues.
Osage rallied from a six-point deficit in the fourth with a late touchdown and extra point kick to nip the Cadets, 21-20, Friday.
The loss dropped Crestwood to 2-1 in district play (2-3 overall). The Cadets are in a three-way tie with Garner-HV (2-1) and Osage (2-1) for second place in the district. Clear Lake (3-0) and New Hampton (3-0) are tied for the district lead. The Cadets will host New Hampton Friday, Sept. 29.
After Osage tied the contest at 14-all at halftime, the Cadets grabbed a 20-14 lead in the third period on a 47-yard touchdown run by Chris Guest with 2:33 left. However, the extra point kick by Clayton Ollendieck was blocked.
The Cadets clung to their lead until late in the fourth. With 3:34 remaining, Osage quarterback Drew Olson completed a 25-yard touchdown pass to Lucas Schwamman to tie the game at 20-all. Olson nailed the extra point kick to give Osage a 21-20 edge.
On their next possession, the Cadets moved the ball from their own 34 to the Osage 39 before two penalties and a sack by the Green Devils pushed the ball back to the Crestwood 45-yard line. With 1:21 left, Osage’s Hunter Wagner intercepted a Cadet pass at the 50 and returned it to the Crestwood 30-yard line. The Green Devils were able to run out the clock to secure the victory.
Crestwood Head Coach Chris Lentz said his team gave a solid effort, but too many miscues hurt the squad. The Cadets finished the game with 10 penalties for 65 yards and tossed two interceptions.
“We had too many mistakes and unforced errors,” Lentz said. “We jumped offsides, and we can’t afford to hurt ourselves like that. With holding calls, those are going to happen, but we can control the jumping offsides (penalties). We had so many drives stall because of mistakes, and we’ve got to fix that. We’ll re-group and get ready for New Hampton.
“We moved the ball well and did a lot of good things, but we hurt ourselves too many times. With Osage’s go-ahead drive, we had them in a third-and-long situation, but their quarterback (Olson) scrambled away from us and got the first down. We need to make sure we get our opponent wrapped up (on defense) and make the tackles,” Lentz said.
The coach is optimistic the Cadets can bounce back.
“It’s disappointing to lose a game like this because we didn’t execute very well. At times, we played well, but we didn’t execute the plays offensively like we know that we can.
“This is a good learning curve for our guys. We’ve still got four games left in the regular season. (A playoff berth) is still out there for us. We just need to take care of the next four games one at a time.
“We had a few opportunities against Osage, but we didn’t capitalize on them. There were a few times we’d get a big play, but then we’d jump offside or have a holding penalty.
“We had Osage on their heels (late in the game). If we could have gotten down closer to the end zone late, we know that Clayton Ollendieck could have hit a 37-yard field goal, but we got going the wrong way and didn’t execute a few plays,” Lentz said.