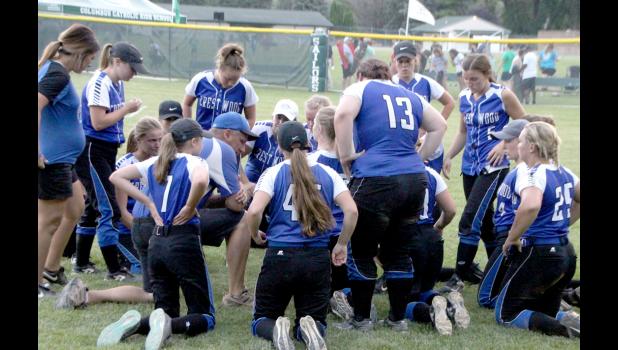 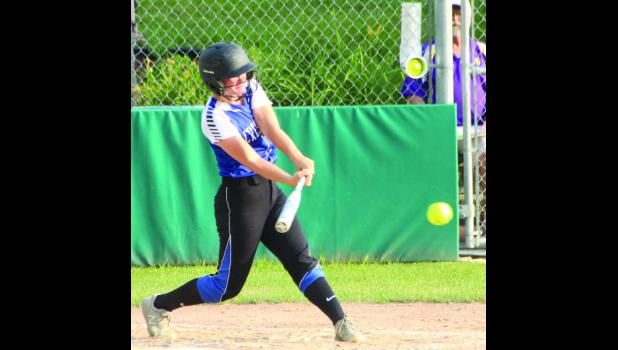 No. 3 Waterloo Columbus trips No. 11 Cadet girls in region final

By:
Nate Troy Sports Editor
WATERLOO - Class 3A No. 3 Waterloo Columbus proved worthy of its high ranking on Monday, July 9 during the Region Final against Crestwood. The Sailors capitalized on a few Cadet miscues to notch a 5-1 win and advance to the State Tournament next week in Fort Dodge.
The loss ended Crestwood’s season with a strong 24-10 overall mark. Columbus improved its record to 38-2.
Waterloo Columbus took an early 1-0 lead in the first inning before tallying four runs in the second inning despite not getting a hit in the inning. With two outs, Jenna Schott was hit by a pitch, stole second and scored later on a wild pitch. Reagan Lindsey drew a walk and scored when Taylor Hogan reached base on an error. Hogan came home on a wild pitch. Sydney Schultz walked and scored on a throwing error.
Crestwood’s only run came on a solo home run by Ashley Voves in the sixth inning.
Cadet Coach Doug Sickles said the Sailors ability to cash in on Crestwood’s mistakes made the difference in the game.
“Waterloo Columbus took advantage of some mental lapses we had in the second inning,” Sickles said. “The speed Columbus has (on the bases) caused us some trouble. They got kids on and we couldn’t stop them from running around the bases. That one inning was frustrating, and it was uncharacteristic for us, but it happens.
“Even though we got down by five runs in the second inning, our kids had a choice. They could have packed it in and we could have lost by 10 runs, but our girls got their composure back, and they competed on every pitch. I couldn’t be more prouder of our girls.
“I also have to give credit to Columbus. They’ve only lost two games this year, and there’s a reason for that. They play solid defense and pitch well. However, our girls played hard,” Sickles said.
The coach gave special kudos to his five seniors including: Kayla Lentz, Shannon Pisney, Taylar Pecinovsky, Madison Steffen and Kaylee Thomas.
“Coming into the season, Madison, Kayla and Taylar didn’t have a lot of varsity experience, but they played good roles for us this year,” Sickles said. “Taylar did a good job in center field, and Kayla got better at second base throughout the year. Madison also did a great job at first base.
“Kaylee did an outstanding job in softball and in basketball (during the school year). Words can’t even describe how much Shannon Pisney has meant to Crestwood in terms of girls’ athletics (in volleyball, basketball and softball). She is a true competitor and an incredible leader in practice. I couldn’t be more proud that I got a chance to coach her. She epitomizes what it means to be a student-athlete. She competed well in everything she did, and I’m happy for her,” Sickles said.
On offense, Laken Lienhard posted one single for the Cadets. Ashley Voves had one home run and one run batted in. Kaylee Thomas had one double.
Lienhard was the losing pitcher. She tossed six innings, allowed three hits, one earned run, three walks and struck out two batters. Kayla Sproul was the winning pitcher for Columbus.
Score by innings
CW    0 0 0 0 0 1 0 - 1
WCol 1 4 0 0 0 0 x - 5