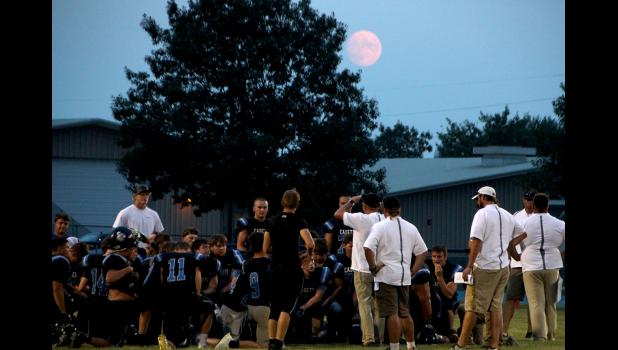 By:
Nate Troy Sports Editor
CRESCO - The Crestwood varsity football team will open its 2021 season on Friday, Aug. 27 at 7:30 p.m. at home in a non-district contest against a familiar foe - the Decorah Vikings.
Crestwood posted a 4-4 overall mark during the 2020 season. The Cadets beat North Fayette Valley in the first round of the playoffs before losing to Monticello in the second round. Decorah was 6-2 in 2020. The Vikings lost in the second round of the playoffs to Dubuque Wahlert.
The Cadets are aiming to snap a pesky 18-game losing streak against the Vikings that stretches back to the 2003 season.
The last time Crestwood downed Decorah on the gridiron was on Sept. 20, 2002 at Decorah. During this contest, the Cadets raced to a 20-6 halftime lead and pulled away in the second half to notch the win. Crestwood racked up 230 yards rushing, which included 65 yards by Ronnie Downing, 62 yards by Lenny McIntire and 57 yards and three rushing touchdowns by Cody Stockdale. Cadet quarterback Iver Mettler completed six of 11 pass attempts for 125 yards and one touchdown.
Crestwood has come close to beating Decorah in recent years. In 2016, the Vikes rallied in the final three minutes of the game to nip the Cadets, 13-12. In 2017, Decorah tripped Crestwood, 14-6. In 2020, the Cadets led 20-7 with 7:43 left in the fourth quarter before the Vikings stormed back with two late scores to edge Crestwood, 21-20.