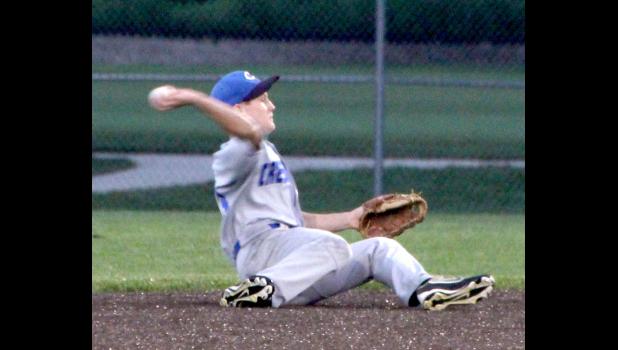 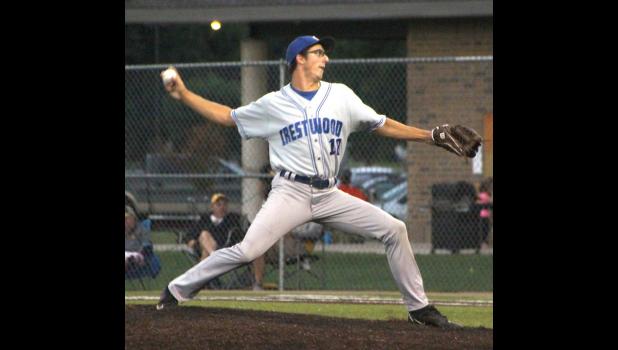 By:
Nate Troy Sports Editor
WATERLOO - Waterloo West scored one run in the bottom of the seventh to edge the Crestwood baseball team, 5-4, on July 9 in Waterloo.
Playing Class 3A No. 6 Waverly-Shell Rock in the District Semifinal on July 13 in Waverly, the Cadets struggled at the plate and in the field as they lost to the Go-Hawks, 0-11, in five innings. The loss ended Crestwood’s season with an overall record of 5-24.
Waverly-SR advanced to face Charles City in the District Final on July 16.
Wat. West 5, Cadets 4
Facing Waterloo West on the road on July 9, the Cadets lost, 4-5, when West scored the game-winning run in the bottom of the seventh with one out and the bases loaded.
Waterloo West took a 1-0 lead in the first inning before the Cadets scored three runs in the second to go ahead, 3-1. The Wahawks tallied three runs in the fourth before Crestwood tied the game at four-all with one run in the fifth.
“Going into this game, we were hoping it would help to get prepared for the district tournament,” Cadet Coach Gary Steffen said. “Frank Hrdlicka pitched well for three innings against a good-hitting Waterloo West team. Carter Henry came in to pitch in the fourth, and he struggled as he allowed five walks in that inning. However, he settled down after that.
“Even though we lost, the game was good and competitive. Overall, I was happy with our performance. We just need to keep throwing strikes on the mound,” Steffen said.
Colter Bye posted two hits, one run and two stolen bases. Shane Vokaty had one run batted in and one stolen base. Frank Hrdlicka and Jon Henry each had one hit and one run. Justin Kerian had one hit and one run. Matthew Slifka tallied one hit and three RBI. Hunter Bye had one stolen base.
Carter Henry was the losing pitcher. He tossed three and one-third innings in relief, allowed four hits, four runs (one earned), five walks and struck out three. Starter Frank Hrdlicka went three innings, allowed two hits, one earned run, one walk and struck out two.
Score by innings
CW    0 3 0 0 1 0 0 - 4
West  1 0 0 3 0 0 1 - 5
W-SR 11, Cadets 0
The Class 3A No. 6 Waverly-Shell Rock Go-Hawks held a 3-0 lead after three innings before they broke the game open with eight runs in the fourth on their way to an 11-0 win over the Cadets.
In the fourth inning, Brady Leonard and Jacob Chaplin both singled to drive in one run each. Two runs scored on wild pitches, one run scored on a passed ball and one run scored on a balk. Luke Willis drove in one run with a triple.
Crestwood’s Shane Vokaty had a single in the fourth to account for the Cadets’ only hit of the game. Reid Wiley drew one walk.
“We knew going into the game it would be tough because Waverly would have their ace pitcher (Brady Leonard) going,” Coach Steffen said. “Our guys felt confident going into the game, but once it started we played tight and we looked nervous. We had a couple early errors which they capitalized on, and when you give a team like Waverly extra outs, they make you pay.
“(Pitcher) Frank Hrdlicka threw the ball well, but we made him work too hard. Matthew Slifka made some tremendous plays at second base. It was nice to see that our guys didn’t quit, but Waverly was still able to take it to us (on offense).
“Even though this was a tough way to end the year, the season was one of the most enjoyable years I’ve had because it was fun working with our guys. They played hard in every game. I’m really excited for next year because we’ll have everyone back except for senior Jared Haskin. From the beginning of this season to the end, our guys have grown and continued to get better. We will have a good foundation of players coming back next year,” Steffen said.
Frank Hrdlicka was the losing pitcher. He went three and two-thirds innings, allowed seven hits, nine runs (seven earned), one walk and struck out five.
Carter Henry pitched one-third of an inning, allowed two unearned runs and walked two. Brady Leonard was the winning pitcher for Waverly-SR.
Score by innings
CW   0  0  0  0  0  -  0
WSR 1  1  1  8  x  - 11