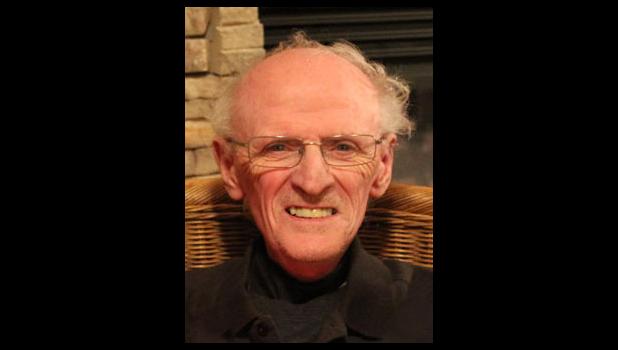 Jan. 8, 1947 —
Feb. 27, 2018
Cresco - Wayne “Ollie” Francis Ollendieck, age 71, of Cresco, Iowa, lost his long, courageous battle with cancer and its painful and debilitating complications on Feb. 27, 2018 at home in his favorite spot in the sunroom.
A Mass of Christian Burial will take place on Monday, March 5, 2018 at 11 a.m. at Notre Dame Parish in Cresco,. Friends may call from 2-6 p.m. on Sunday, March 4 at Lindstrom Funeral Home in Cresco, as well as one hour prior to services at the church. Burial will be in New Oregon Cemetery in rural Cresco.Wayne was born on Jan. 8, 1947 to Ray and Lucille (Reinhardt) Ollendieck. He shared his birthday with Elvis Presley and always made sure everyone knew it, while waiting for his Pink Cadillac to be delivered from Elvis. Wayne grew up on the family farm two miles east of Cresco, where he helped his dad in the fields and milked cows.
He attended St. Joseph grade school and graduated from Notre Dame High School in 1965. Wayne was able to attend his 50-year class reunion in 2015.
He was drafted into the Army in May 1966 and was honorably discharged in May 1968. He was stationed for 19 months in Babenhausen, Germany. Wayne was honored with the presentation of his “Quilt of Valor” in April 2017.
After his discharge from the service, he started working at the newly-opened Donaldson Company in Cresco. He worked there for 41 years, many of those years as lead person on line 413.
Wayne and Sharon Heide were married on Sept. 12, 1970. To this union four children were born, Jill, Sally, Jena and Lance. Wayne was always very proud of his children, and his grandchildren were the love of his life. His greatest joy was spending time with his family, and he especially enjoyed the family trips. He always liked helping get the food ready for family gatherings, and it was always requested he make his deviled eggs and egg salad sandwiches.
Wayne enjoyed mowing lawn, golfing, bowling and trying his luck at black jack at the casino. He was on a bowling league for over 45 years and was inducted into the Bowling Hall of Fame in 2002. He loved sports, either attending games or watching them on TV, especially cheering on “his” Green Bay Packers and Atlanta Braves. He was also a fan of the Iowa Hawkeyes and Minnesota Twins. You always knew his teams by his clothing attire!
Wayne was the adjutant for American Legion Post 135 for many years. He spearheaded the projects of purchasing the bronze statue of the “Fallen Soldier” that is in front of the American Legion Hall and the purchase of the outside benches at the American Legion Bingo stand at the fairgrounds. For many years he was proud of being the chairman of the American Legion Bingo Stand during the fair.
Everyone who knew “Ollie” knew he enjoyed having a good time, and he loved to dance!
He has now found peace and comfort without pain.
Wayne is survived by his wife of 47 years, Sharon; children, Jill (Gene) Bries of Elkader, Iowa, Sally (Brian) Peter of Ridgeway, Iowa, Jena (Tony) Lehrman of Stewartville, Minn. and Lance Ollendieck (Dayna Rosenbaum) of Cedar Falls, Iowa; grandchildren, Hunter Bries (Emily Lessard) of Dyersville, Iowa, Spencer Bries (Anna Lentzkow) of Waterloo, Iowa, Mason, Laney and Mitchell Peter and Kaylee, Owen and Jase Lehrman; sisters, Betty Wenthold and Dorene (Butch) Burnikel; and a brother, Jerry Ollendieck.
He was preceded in death by his parents, Ray and Lucille Ollendieck, and his mother and father-in-law, Kenneth and Jeannie Heide.