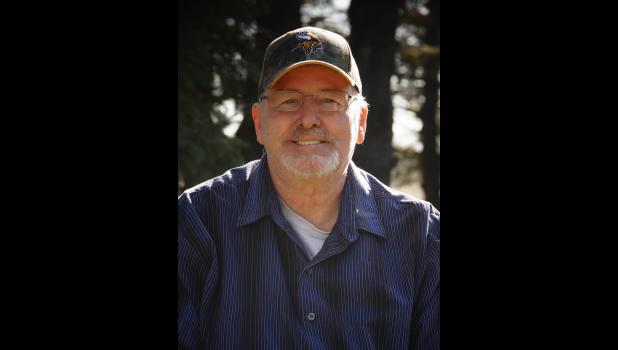 Aug. 22, 1952 —
Sept. 27, 2022
LIME SPRINGS - Thomas Quinten Mahr, age 70, of Lime Springs, Iowa, passed away on Sept. 27, 2022, peacefully surrounded by his family after his battle with cancer.
Mass of Christian Burial will be held on Tuesday, Oct. 4, 2022, at 11 a.m. at Notre Dame Parish in Cresco, Iowa, with Father Jacob Rouse officiating. A visitation will be held from 4-7 p.m. on Monday, Oct. 3, 2022, at the Heritage Events Center in Cresco. Burial will be in Calvary Cemetery.
Thom was born on Aug. 22, 1952 in Spring Grove, Minn., to Eugene and Juliet (Sollien) Mahr. He was the fifth born of 11 children. After living in Dorchester, Iowa, he moved to Van Horne, Iowa in 1955. Then, in 1960, he and his family moved to a farm outside of Lime Springs. He was a 1970 graduate of Crestwood High School in Cresco.
Thom worked miscellaneous jobs for a few years before working for Puritan Locker for 10 years. After that, he worked at Featherlite Trailers in maintenance for 25 years. He ended his working career driving bus for Howard-Winneshiek Schools, where he thoroughly enjoyed greeting the kids every day with a smile, cheerful hello and occasional treats.
In 1982, Thom met Janet Schatz. What started out in friendship soon became love. They were united in marriage on April 30, 1983 at St. Joseph Catholic Church in Cresco. To this union, they raised three daughters of whom Thom was always very proud of. They lived in Cresco until 1999 when they moved to an acreage outside of Lime Springs.
Thom had many loves. He loved living in the country, where he did many projects to improve his home and where he could have a huge garden to enjoy. He loved working with wood and made many pieces of furniture that will be treasured for years to come. He took pleasure in playing cards no matter what game or who he was with. It became a competition in the family to try to beat him, because he was always lucky or would just change the rules to make it fit his hand. Of course, countless jokes and laughs were had while playing cards. Thom had a knack for telling and remembering the best and the worst jokes.
He was fond of going to the casino and especially playing poker. He often met with his poker buddies for a game. He was a dedicated Minnesota Vikings fan — watching every game. He always joked that he wanted the Vikings players to be the casket bearers at his funeral so they could “let him down” one last time. Thom always looked forward to his many vacations out west to see the mountains.
Most of all, he cherished time spent with his wife and family. He enjoyed each moment with his grandchildren, giving them candy, ice cream and pop, making them laugh and playing games with them.
Thom will always be remembered for his sense of humor, silly personality, quick wit, his generosity, his ability to make friends or conversation anywhere he went and his love for family and friends, never missing an opportunity to tell them how much he loved them and how proud he was of them.
He is survived by his wife, Janet of 39 years; three daughters: Laura (Jeremy) Miller of Cresco, Sara (Brad) Riley of Cherokee, Iowa and Shelby Mahr of Waterloo, Iowa; six grandchildren, Kael and Karlee Miller and Laityn, Ashtyn, Kamryn and Caysen Riley; three step grandchildren, Brandi, Megan and Jordan Miller; and one step-great-granddaughter, Charlie Heying. He is also survived by nine siblings, Michael (Gwen) Mahr, Beverly (Dale) Alstat, Barbara (Bill Tieskotter) Mahr, Neil (Janelle) Mahr, Gregory (Joyce) Mahr, Donna (Kelly) Thomas, Marlene (Pat) Ollendieck, Sharlene (Don) Hruska and Debra (Kirk) Novak; sister-in-law Deby Mahr; and many nieces and nephews and extended family.
He ws preceded in death by his father and mother, Gene and Judy Mahr; his brother, John Mahr; and his father and mother-in-law, Wilfred and Dolores Schatz.
The family suggests memorial contributions be sent in the form of trees in lieu of flowers.