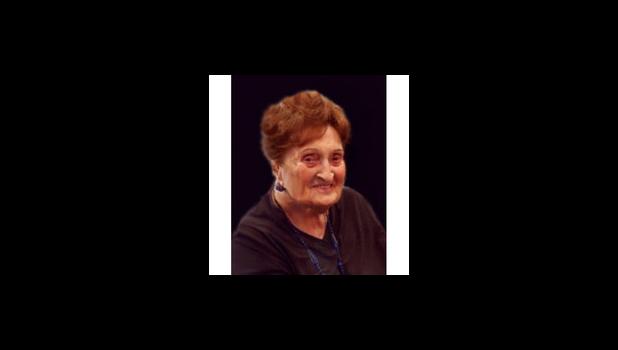 Feb. 1, 1929 —
Feb. 23, 2022
DECORAH - Shirlee Neubauer, age 93, of Decorah, Iowa, died on Wednesday, Feb. 23, 2022, at the Winneshiek Medical Center in Decorah.
Mass of Christian Burial was held on Saturday, March 5, 2022 at St Benedict’s Catholic Church in Decorah, with Rev. Donald Hertges presiding. Inurnment was at Calvary Cemetery, rural Cresco, Iowa.
Shirlee Colleen (Hovden) Neubauer was born on Feb. 1, 1929 to Kenneth and Olga (Simonson) Hovden of rural Ridgeway, Iowa, the eldest of six children. She attended country school and graduated from Ridgeway High School in 1948. In 1950, she married the “love of her life,” Gerald (Jerry) Neubauer. Together they farmed in the Cresco/ Decorah area for many years, where they raised their three children, Sheela, Jayme and Lisa.
In 1998, they built a home on land owned by Shirlee’s grandparents on the Pole Line Road, where they enjoyed their retirement years.
She worked at the North Winneshiek School and later as an inspector for Rockwell Collins in Freeport, Iowa. Shirlee enjoyed bowling with the “Rockwell” girls, was an avid reader, loved genealogy and tracing her Norwegian roots and enjoyed Nordic Fest, the Vesterheim Museum and the Hovden reunions.
She enjoyed sewing, dancing, playing “500” and Euchre, gardening and antiques. She was often one of the last ones at an antique sale so she could get the last boxes which sold for just one dollar a box. She loved painting ceramics and spent several years working for Marian Knoke in her ceramic business. Many of Shirlee’s nieces and nephews have pieces she made for them in their homes.
She will long be remembered for her German chocolate cakes, melting moment cookies, ham balls, chocolate chewy bars and “made from scratch, secret recipe” angel food cakes. Friends and family alike could rarely leave after a visit without a treat from her freezer.
Shirlee loved decorating and hosting holidays at her home. The grandchildren and great-grandchildren would always wonder who might get a pan of those sought-after chocolate chewy bars with their gift.
Shirlee was a member of the Winneshiek County Historical Society, the Decorah Genealogy Association, the Winneshiek Medical Center Auxiliary and spent many hours volunteering in the hospital gift shop. Once a month, she enjoyed lunching with her birthday club, and after retirement, she could often be found at Peace Lutheran in Ridgeway on Tuesday mornings, where exercising and a robust discussion of several topics would be followed by doughnuts and coffee with friends at the Fireman’s Inn.
She was a longtime member of St Benedict’s Catholic Church and the Catholic Daughters of America. She could often be seen in the kitchen at St. Ben’s wearing her apron during church events. Shirlee would always greet you with a smile and could rarely be found without a cup of black coffee in her hands.
She is survived by two daughters, Sheela Marks of New Hope, Minn. and Lisa (Randy) Tangen of Decorah; seven grandchildren, Keisha (David) Sandberg of Elk River, Minn., Shawna Bipes of New Hope, Shannon Marks of Champlin, Minn., Andrew Marks of New Hope, Justin (Hally) Neubauer of Decorah, Rachel (Scott) Schmitt of Fort Atkinson, Iowa and Dr. Breanna Tangen of Des Moines, Iowa; and five great-grandchildren, Lauren and Joshua Sandberg of Elk River, Jase Tofte and Jayven Neubauer of Decorah and baby girl Schmitt due in April.
She is also survived by a sister, Rosemary Vopava of Ridgeway; brother, Roger (Carmen) Hovden of Ridgeway; brothers-in-law, Gene McCormick of Cresco and Don (Bonnie) Neubauer of Cresco; sister-in-law, Janet Neubauer of Cresco; and many nieces, nephews and friends.
Shirlee was preceded in death by her husband, Jerry (2008); her son, Jayme (1993); her son-in-law, Wayne Marks (2013); parents, Kenneth and Olga Hovden; father and mother-in law, Jerry and Clara Neubauer; siblings, Lila McCormick, Janet (Arlin) Fisher and Virgil (Helen) Hovden; brothers-in-law, Joe Vopava and Zachary Neubauer; and sister-in-law, Betty (Daryl) Lusson.
Memorials may be sent to Lisa Tangen, 2411 Pole Line Rd, Decorah, IA, 52101.