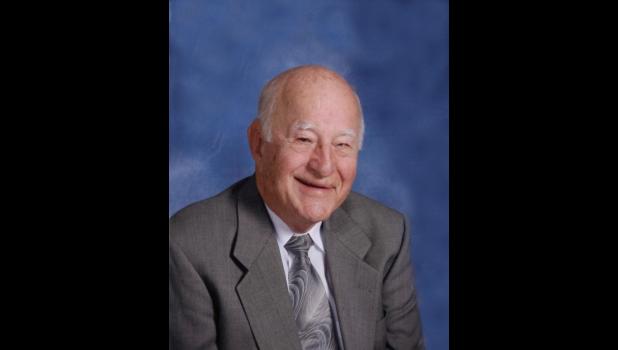 Jan. 16, 1934 —
May 7, 2022
FORMERLY OF CRESCO - Rev. Vernon D. Bigalk, age 88, died on Saturday, May 7, 2022 at Ecumen Seasons in Apple Valley, Minn. and formerly of Cresco, Iowa.
Visitation will be held from 5-7 p.m. on Thursday, May 12, at Holy Cross Lutheran Church in Maple Lake, Minn., with a prayer service at 7 p.m.
An outdoor funeral service will be held at the graveside at 2 p.m. on Friday, May 13, 2022 at Immanuel Lutheran Cemetery near Clara City, Minn., with Pastor Culynn Curtis officiating. Please feel free to bring a chair. The services will be livestreamed on the funeral home website.
Vernon Dale Bigalk was born on Jan. 16, 1934 in Cresco, Iowa to Edgar and Mary (Parchman) Bigalk. He grew up on the family farm nine miles north of town, attending school in a one-room schoolhouse through eighth grade and then graduated from Cresco High School in 1952.
He continued his education at Wartburg College in Waverly, Iowa, earning a bachelor’s degree in Sociology in 1956. Vern went on to earn his Master of Divinity from Wartburg Seminary in Dubuque, Iowa in 1960. After a year of internship in San Diego, Calif., he was ordained as a pastor at Immanuel Lutheran Church in Cresco, amongst the same congregation that he was baptized and confirmed.
His first call as a pastor was to Trinity Lutheran in Bricelyn, Minn. During his first year of service, he took the church youth group to Green Lake Bible Camp, where he met Karen Marie Yock. They were married on June 30, 1962, in Clara City, Minn. at Immanuel Lutheran.
Together, they served First Lutheran in Albert Lea, Minn. (‘62-’65), St John’s in Belle Plaine, Minn. (‘65-69), Christ Lutheran in Nashville, Tenn. (‘68-’76), St John Lutheran in Richmond, Ind. (‘76-’83), East and West Norway Lake Lutheran Churches in New London, Minn. (‘83-’84), Long Lake Lutheran in St James, Minn. and First Lutheran in Butterfield, Minn. (‘84-’85), First English Lutheran in Tyler, Minn. (‘85-’89) and Crow River Lutheran and Big Grove Lutheran in Belgrade, Minn. (‘89-’98).
Pastor Bigalk will be remembered for his faithful service to his friends, family, 13 congregations and to his Lord. During his 40 years of ministry, he would have preached over 3,000 sermons.
Vern enjoyed golfing, wintering in Florida and an occasional cigar and beer. He loved spending time on the lake with his wife, kids and grandkids. Hospitality was second nature to the couple, gathering family and friends to their table as often as they could. Pastor Bigalk was more than just a minister, Vern was down to earth, a great listener and very approachable.
He is survived by his children, Jonathan (Kristy) Bigalk of Annandale, Minn., David (Tari) Bigalk of New London and Sarah (Shawn) Nezerka of Farmington, Minn.; grandchildren, Rachel, Andrew, Katrina, Christopher, Jamie, Lukas, Josh, Michael, Elizabeth and Stephen; five great-grandchildren; and countless friends.
He was preceded in death by his parents, Edgar and Mary Bigalk; wife, Karen Bigalk; and brothers, Reuben and Lester Bigalk.
Obituary, Tribute Wall, Video Tribute, and Funeral Webcast online at www.dingmannfuneral.com