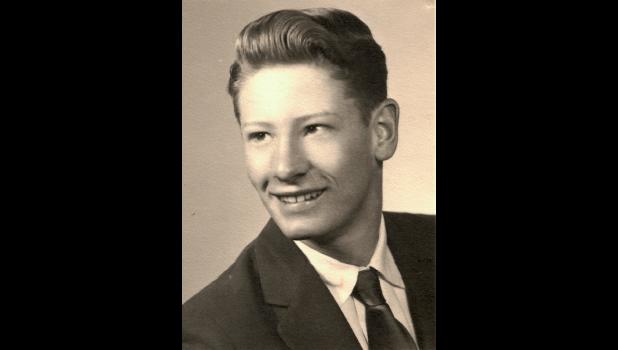 Feb. 12, 1938 —
Jan. 4, 2020
HESPER - Reginald Baird, age 81 of Hesper, Iowa died on Saturday, Jan. 4, 2020 at Patty Elwood Center in Cresco, Iowa.
Funeral services will be held at noon on Saturday, Jan. 11, 2020 at Hesper Lutheran Church, with Rev. Wayne Ellingson officiating. Burial will be in the Hesper Public Cemetery with military honors by the American Legion. Visitation will be one hour prior to services at the church.
Reginald was born on Feb. 12, 1938 in Boulder, Colo. to Benjamin and Alice (Bryant) Baird. The family moved to Harmony, Minn. in 1942, where Benjamin opened Baird Garage. In 1956, Reginald graduated from Harmony High School, and the next day he got on his 1948 Indian Chief motorcycle and rode to Colorado.
After spending a year in Colorado, he enlisted in the U.S. Navy. He served from 1957 to 1961 as an Interior Communications Electrician aboard the USS Talladega APA208. In 1964, he started his 25-year career at General Telephone and Electronics Corporation (now Verizon) in California, retiring in 1989. Reginald married Linda Seaman in 1966. To this union a son, Benjamin Preston, was born. They later divorced.
In 1978, Reginald began a 42-year partnership with Kathleen James, and they married in 1987. They were truly best friends, and rarely was one seen without the other, whether it was waving at everyone while driving in the 1987 Dodge pickup, or both pushing the shopping cart at Walmart. The couple had a lot of fun and many adventures together. Reginald enjoyed electronics, building and repairing Indian motorcycles, working on cars and going to gun and antique shows.
Left to cherish his memory is his wife, Kathleen of Hesper; a son, Benjamin (Shara) and granddaughter, Madeline Alice of Seattle, Wash.; a sister, Bayonne White of LaHabra Heights, Calif.; a brother, Kent (Annie) of Pinion Hills, Calif.; brother-in-law, Fred Perkins of Northridge, Calif.; and many cousins.
He was preceded in death by his parents, Benjamin and Alice Baird, and his youngest sister, Rama Perkins.