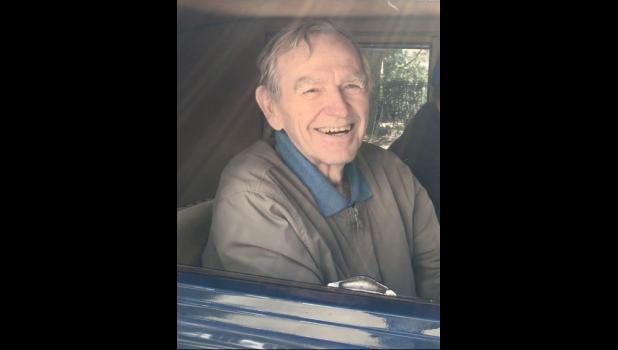 April 8, 1943 —
Jan. 8, 2020
FORMERLY ELMA - Omer Frank, age 76 of Warrensburg, Mo. and formerly of Elma, Iowa, passed away on Jan. 8, 2020.
Services will be held on Feb. 16, 2020 at Sacred Heart Catholic Church, 300 S. Ridgeview Drive, Warrensburg at 2 p.m. All are welcomed to bring stories and memories to the Celebration of Life at 3 p.m. in the basement of the church.
Interment will follow at a later date in the Lourdes Cemetery near Elma.
Omer was born in Elma to Raymond and Marie (Sullivan) Frank on April 8, 1943. He grew up on the family farm as one of eight kids.
His academic endeavors began at Lourdes Catholic School and continued to his graduation from Cresco High School in 1960. With a wrestling scholarship in hand, he attended Iowa State University and received his Bachelor’s degree in Physical Education in 1964. Omer was a member of the ISU wrestling team all four years of college. During that time, he married his sweetheart, Shirley Stevenson, also of Elma. They would soon welcome their first born, Scott in 1965.
Omer and his family made the move to Warrensburg following the encouragement of his older brother, Joe, to attend Central Missouri State University. He labored and persevered, working summers to pay his tuition until he received his Master’s Degree in Physical Education in 1967.
After the birth of his second son, Randy, Omer continued to pursue his passion for knowledge until the completion of his doctoral degree in Transportation Safety from the University of Utah. He and Shirley returned to Warrensburg, where he began his professional career as assistant professor in the College of Safety Science and Technology at Central Missouri State University. Here, the couple welcomed two more children, Steve and Anne. In 2010, he retired from UCM, Professor Emeritus, after devoting 42 years of his life to the university.
Omer carried numerous passions, including his love for wrestling. Beginning as a youngster wrestling pigs on the Iowa farm, he would later claim an Iowa State wrestling championship. He went on to wrestle for the ISU Cyclones with his brother Joe Frank, where he would further develop his skills as an athlete. He served as assistant coach and briefly head coach to the Mules wrestling team. For years to come, Omer would often be found in a wrestling room mentoring and growing the youth of the sport.
Outside of his endeavors in education and shaping of his family, Omer’s life would be filled with endless pursuits, passions and fantastical stories.
Here begins the real story of Omer Frank... As an expert in safety, he was proficient at stacking ladders in the tractor’s front loader to chainsaw endless trees on his farm. Exercising his tremendous skill in unconventional transportation of livestock, sale barn workers wouldn’t bat an eye when they would load the latest calf or pig into the backseat of the family Toyota. Every good Frank kid has a deep and memorable experience holding a 200-pound calf driving down the road at 50 miles an hour.
Imparting to countless young wrestlers the frustrating helplessness and inability to breath as a result of being on the bottom of the Frank Ride, he would say, “Grind! Grind! Grind!” He graced the landscape of Missouri with numerous metal sculptures as a scrapyard artist. He lent a helping hand in building, constructing or beautifying a person’s home or land, by living the strong adage of “Neighbor helping Neighbor.” He found worth in people, places and things others would turn away. He saw the luster through the tarnish and the value in the undervalued.
Omer had the ability to own a room with his infectious smile, resounding belly laugh and endless tall tales. You’d better set aside a few hours if Omer’s coming over! Family and friends will miss all the traits that made this man great. He was a force of nature who was able to connect with many people.
He is survived by his wife, Shirley (Stevenson) Frank, and four children, Scott Frank, Randy Frank, Steve Frank, and Anne (Frank) Bott. He was a beloved brother to Donnie Frank, Lloyd Frank, Joe Frank, Bea Gibbons, Janie Doobay, Diane Hoelle and Sue Denny and a treasured grandpa to 10 grandchildren.
He was preceded in death by his parents, Raymond and Marie (Sullivan) Frank of Elma.
Memorial contributions can be made to the Frank Family Achievement Scholarship as well as care and condolences to: Randy Frank, 636 S. Melborn Street, Dearborn, MI 48124. Arrangements by Hackett-Metcalf Funeral Home, Dearborn, MI www.hackettmetcalf.com.