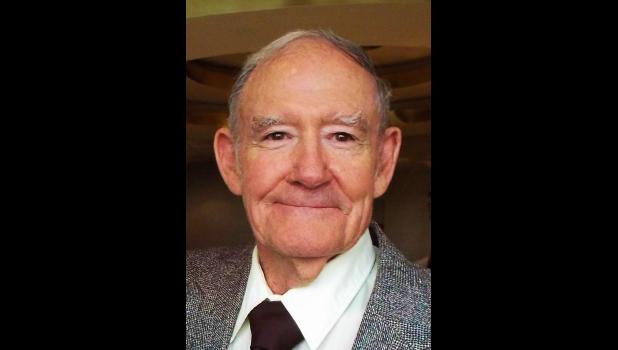 April 3, 1933 —
Jan. 20, 2022
FORMERLY OF BONAIR - Neil Edward Shea, age 88, died peacefully at his home of 57 years, surrounded by his family, on Thursday, Jan. 20, 2022.
A Memorial Mass will be held at Holy Spirit Catholic Church, 26340 Soboba St. Hemet, CA on Saturday, Feb. 19, 2022 at 10 a.m.
In lieu of flowers, donations can be given to the Alzheimer’s Association or Holy Spirit Catholic Church.
He was born on April 3, 1933 in Volga, Iowa to John Joseph Shea and Lucille Agnes (Milz) Shea. The family moved to Lime Springs, Iowa where Neil attended a one-room school in Bonair, Iowa. He graduated from Cresco (Iowa) High School in 1951.
Neil joined the Navy on May 13, 1952 and took his basic training in San Diego, Calif., becoming a Corpsman. On Oct. 20, 1956, he married Margaret Jean Reith in the Precious Blood Catholic Church in Banning, Calif. They moved to Eureka, Calif., where Neil took nurseryman training through the VA.
In 1963, they moved to Hemet, where Neil worked for Hemet Wholesale Nursery as a salesman, Spartan Oil as a gas truck driver and the Lypps Ranch as the best orange salesman in Valle Vista, Calif.
Always enjoying the outdoors, he was happiest with a rake, shovel or fishing pole in his hands. He will be remembered fondly by all who knew him for his gentleness, humor and love of watching it rain. Neil will also be remembered for making homemade ice cream with the help of his grandchildren. During his many miles of traveling in the RV with Jean as his co-pilot, he was always on the hunt for a vanilla ice cream cone.
Neil is survived by his wife of 65 years, Margaret Jean Shea; children, Linda Sims of Mission Viejo, Calif., Dan (Debra) of Apache Junction, Ariz., Katie (Jerry) of Corona, Calif., Michael (Dee) of Gilbert, Ariz. and Jack (Laura) of Redlands, Calif.; grandchildren, Chase (Vicki), Patrick (Katie), Carly (Matt), Paul, Kyle, Nida, Nathan, Jared, Matthew and Kamilyn; great-grandchildren, Trenton, Dylan, Quinn, Layla, Ella, Addison and Parker; brother, Robert (Bob) of Blacksburg, Va.; sister-in-law. Betty Shea of Cresco; and many nieces and nephews.
Neil was preceded in death by his parents, Joe and Lucille Shea; brothers, Ken and Don Shea; sisters, Elizabeth (Betty) Schatz and Marilyn Shea; and sisters-in-law, Laurie and Mary Ann Shea.