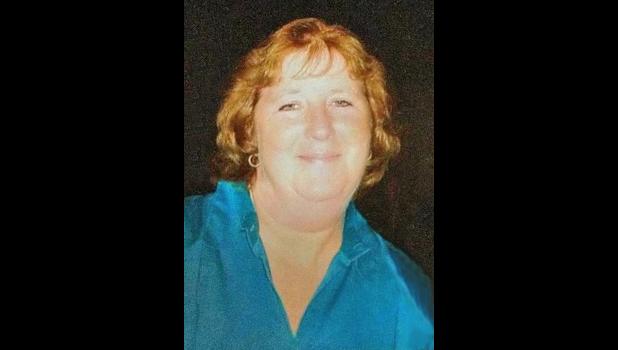 Oct. 1, 1958 —
Jan. 30, 2020
ELMA - Michele S. Reinert, age 61 of Elma, Iowa passed away on Thursday, Jan. 30, 2020 at Colonial Manor.
Visitation will be from 4-7 p.m. on Tuesday, Feb. 4, 2020 at Conway-Markham Funeral Home in Elma. Burial will be at a later date. Online condolences may be left at www.conway-markhamfh .com. Memorials may be directed to the family.
Michele Sue was born on Oct. 1, 1958, the daughter of Lew and Jackie (Roe) Lowe in Hudson, Wis. She attended and graduated from Oelwein (Iowa) Senior High, and she was united in marriage to Jeff Reinert in September 1977. The couple welcomed twin daughters, Billie and Beth. They later divorced.
Michele worked at Pirillo’s Sportsman in Oelwein. She then worked for Atwood. In 1997, she met the love of her life and partner, Dave Ewy. She moved to Elma in 1998 and worked at Donaldson until her health forced her retirement. She was diagnosed with Glioblastoma on Sept. 22, 2009. She stunned doctors with her 10-year battle against this aggressive form of cancer.
Michele loved entertaining and cooking for her family and friends, especially baking goodies at Christmas time. She enjoyed reading and was often found next to Dave helping out with carpentry projects. She had a love for music and dancing, even during her last few days at Colonial Manor.
Those left to cherish her memories are her life partner, Dave Ewy of Elma; her daughters, Billie Schmitt of Elma and Beth (Scott Gefaller) Reinert of Logan, Iowa; her grandchildren, Preston and Benjamin Hayek, Cody and Tyler Gefaller and Arybella; daughter by love, Jessi (Terry) Slick; grandchildren by love, Tristin and Amojean; great-grandchild, Jermiah; her siblings, Theresa (Ernie) Mohlis of Waverly, Iowa, Chris (Paul) Patridge of Maynard, Iowa and Julia (Mike) Meska of Oelwein; aunt, Valarie Johnson of South Dakota; uncle, Paul Roe of Arizona; and numerous nieces and nephews.
She was preceded in death by her parents; her siblings, Cindy Lowe and Philip Lowe; and her aunts, Pat Rollinger and Andrea Summers.