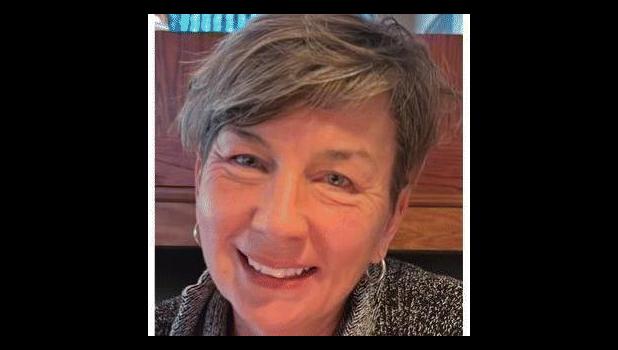 Aug. 18, 1963 —
March 20, 2022
St. Peter, Minn. - Mary Louise Fisher, age 58, of St. Peter, Minn., passed away peacefully, surrounded by her husband and children, on Sunday, March 20, 2022, at Mayo Clinic Health System-Mankato, Minn.
It was Mary’s wish to have a celebration of her life, which will be held at a later date and announced by the family. Arrangements are being completed by the Saint Peter Funeral Home, who she was previously employed by as well.
Mary Louise (Larson)  Fisher was born in Austin, Minn. on Aug. 18, 1963, to Lawrence and Arlene (Helleck) Larson of LeRoy, Minn. She graduated from Crestwood High School in Cresco, Iowa, in 1981 and then attended North Iowa Technical Institute for cosmetology. After working in Iowa as a cosmetologist for several years, she moved to Phoenix, Ariz. in 1985, where she opened her first salon, Suite 23, with Leanne Lavella and Gina Singhoffer, and met her husband and lifelong partner, Steven Fisher. They were married in 1987 and had their first child, Rachel, in 1989. In 1991 they had their second child, James, and in 1994 they had their third child, Travis.
The family moved from Arizona back to Minnesota (Preston) in 1999. Mary worked as a cosmetologist and in the public school through 2006, when they moved to their final home in Saint Peter. She opened Saint Peter’s first boutique hair salon in 2009 called Mary’s Hair Thairhappy. She owned that salon until she was unable to work in the industry anymore in 2020.
Mary was first diagnosed with breast cancer in 2002 and she fought with the disease for 20 years. Throughout her journey, she was active in breast cancer awareness.
She is survived by her husband, Steven Fisher of Saint Peter; daughter, Rachel (Brandon) Braun, and their son, Alder, of North Mankato, Minn.; son, James Fisher and his children, Adam, Jaxon and Ava of Ottawa, Minn.; son, Travis (Kindra) Fisher, and their children, Evelynn and Barrett of Le Center, Minn.; her siblings, Danny (Mari) Larson of West Des Moines Iowa, Karmen (Joe) Artmann of Arvada Colo., Kathy Walton of Williston, N.D., Steve (Sandy) Larson of Ellsworth, Wis. and Leif Larson of Eugene, Ore., as well as numerous friends and family.
Mary was preceded in death by her grandchild, Aliya Fisher (Travis and Kindra’s daughter); parents, Lawrence and Arlene Larson; and her brother-in-law, Bob Walton.
A donation fund has been established through the First National Bank St. Peter under the name of “Mary Fisher Memorial Fund.” All proceeds will go to community projects in which Mary would have invested her time.