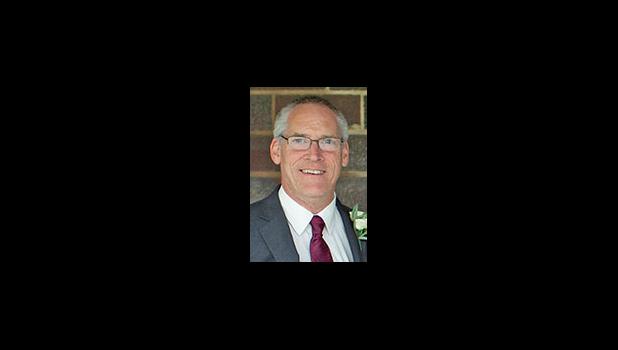 April 26, 1959 —
July 4, 2021
SPRING VALLEY - Mark Keith Mlinar, age 62, of Spring Valley, Minn. went home to be with his Savior on July 4, 2021, after an 18-month battle with Glioblastoma brain cancer.
A Celebration of Life memorial service was held on Monday, July 12, at noon at Valley Christian Center in Spring Valley, Minn. with Pastor Steve Kuno officiating.
Mark was born in Cresco, Iowa, on April 26, 1959, to M. Keith and Jean (Parker) Mlinar. He attended school and graduated from Crestwood High School in Cresco. This is where he also met his wife and best friend, Julie.  After graduation they were married on Feb. 17, 1979, and together they were blessed with four children.
Mark worked for the Plitt Movie Theater Company, which took him to managing theaters in Minneapolis, Minn., Grand Forks, N.D. and Sioux Falls S.D. He then went to school, Travel Careers Institute, in Omaha, Neb., to become a travel agent and had the opportunity to travel. He also later became an instructor at that school. After a few years he got a job at Braniff Airlines, but when they went bankrupt, he started working for FedEx in Omaha.
In 1989, they had an opportunity to move back to the Cresco area, and they ran a café in Osage, Iowa. Eventually he went back to work at FedEx out of Mason City, Iowa. When his grandmother, Emily, passed away in 1995, the family had the opportunity to purchase the house in Spring Valley and transfer to the Rochester area with FedEx. Mark worked there for over 22 years before switching to the U.S. Post Office. His dream was to have a job where he could walk to work, and he now finally had it.
He possessed a strength of character, hard work and giving of himself that he shared with others and taught his children.
Mark’s favorite hobby was talking to people. He could strike up a conversation with just about anyone, and his goal was always to bring a smile to their face. He loved watching movies in his private theater and his minion costume. He was also a godly man who loved his Lord and worked hard to lead his family and love his wife in a Christian example. His family was very important to him and he loved to have family dinners with meaningful and sometimes silly conversations.
His final request was to donate his body to science, so that even in his death, he could help others.
Mark will be greatly missed by his wife of 42 years, Julie; his four children, Patience (Steve) Johansen, Justin (Sarah) Mlinar, Malachi (Shelby) Mlinar and Levi (Chantelle) Mlinar; 11 grandchildren; one great-granddaughter; mother, Jean; mother-in-law, Virginia; brother, Michael; brother-in-law, Chad; and many in-laws, nieces, nephews, aunts, uncles and cousins.
He was preceded in death by his father, Keith; grandparents, Joe and Emily Mlinar and Clarence and Birdie Parker; and an infant granddaughter and grandson.