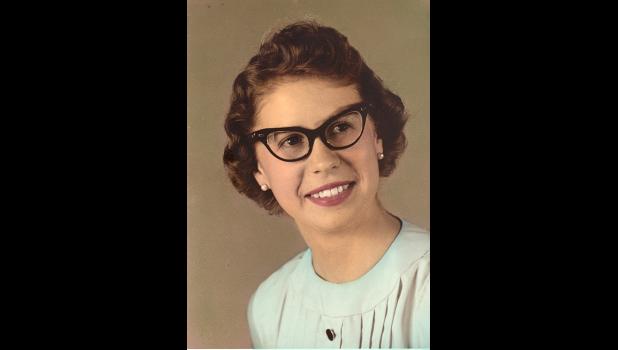 Oct. 8, 1938 –
April 6, 2017
LAS VEGAS, NEVADA - Marian E. Stevens died on April 6, 2017 in Las Vegas, Nevada. She will be buried in Las Vegas.
Marian was born Oct. 8, 1938 in Lincoln Township, Winneshiek County Iowa the daughter of Arthur and Charlotte (Paul) Albers. She attended rural elementary school and graduated from Ridgeway High School in 1956.
She went to medical school in Minneapolis, Minn. and went on to work in Eveleth, Minn. as a lab tech.
Marian met Howard Stevens and married in 1967. On Oct. 28, 1969 they had a beautiful daughter Cathy Lynn.
They lived in Nome, Alaska for sometime and then moved to Las Vegas. They later divorced.
She worked at Fitzgerald Casino as a slot supervisor. She later went to work for the state of Nevada as a legal secretary for 17 years until the time of her retirement.
Marian lived a happy and healthy life with a very special friend, Simo. They took trips and traveled to many places.
She is survived by a very special friend: Simo; a brother: Gene (Lois) Albers of Ridgeway, Iowa; one niece; many cousins; and many, many friends.
She was preceded in death by her daughter Cathy Lynn in 1998; her parents; and an infant brother.