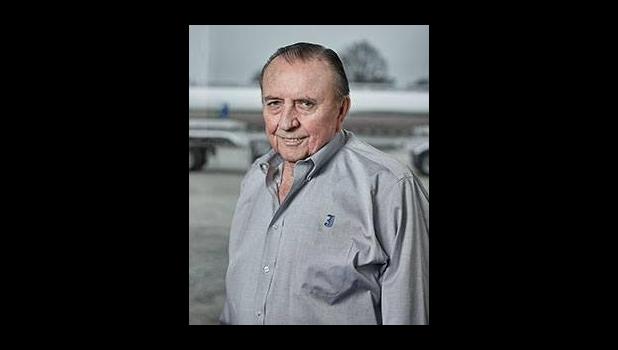 July 22, 1939 —
Dec. 21, 2020
FORMERLY of CRESCO - Leon J. Johnsrud, age 81, passed away on Monday, Dec. 21, 2020 at his home in Des Moines, Iowa.
A private family service was held on Dec. 30, 2020, at St. Ambrose Cathedral, where he regularly attended mass.
A Celebration of Life will be held on Wednesday, Nov. 3, 2021 from 4-6 p.m. at the Iowa Motor Truck Association, 717 E. Court Avenue, Des Moines.
Leon was born on July 22, 1939 in Cresco to Stuart and Grace (Barnes) Johnsrud.  He graduated from Ruldophinum High School in Protivin, Iowa, and upon graduation, he enlisted in the Army. Following his service, he attended Upper Iowa University and Creighton University.
He worked for the FBI while living in Omaha, Neb., and it was in Omaha where he met Jude Wilkins. They married in 1961 and had two children, Stuart and Jackie, whom they raised in Cresco. In 1989, he married Gail Frazier and they later divorced.
Leon’s work ethic was seeded while working at his father’s cheese factory in Schley, Iowa. A lifelong career in trucking began while picking up milk from local farmers and delivering it to the cheese factory. In the early 1960s, he purchased a used semi-truck and began driving long-haul as a means to support his family. An entrepreneur at heart, Leon grew his business, finding opportunity in hauling milk and vegetable oils in tanker trucks.
The family and business, Johnsrud Transport Inc., relocated to Des Moines in 1980 to further opportunities for growth.  He continued to come to the office until COVID-19 made that no longer possible.
Leon gave generously to those around him and was particularly proud of the long-term tenure of many of his employees, including family members.
He is survived by his daughter, Jackie (Jeff) Gordon of Bondurant, Iowa; three siblings, T.J. Johnsrud of Conrad, Iowa and Linda Gebhardt and Lowell Johnsrud, both of Des Moines; and many nieces and nephews. He was also survived by his former wife and friend, Jude Johnsrud of Johnston, Iowa, who has since passed away.
He was preceded in death by his parents; his son, Stuart; and brother-in-law, Bill Gebhardt.