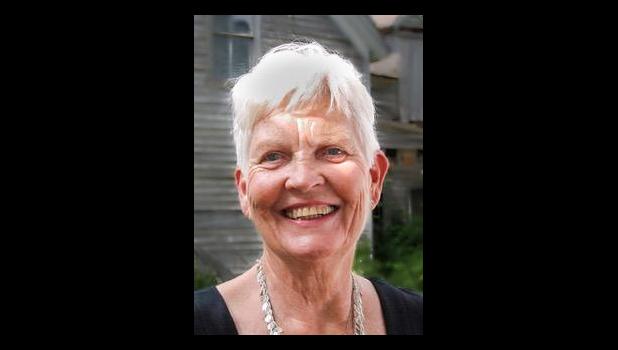 April 3, 1933 —
Oct. 6, 2021
FORMERLY OF CRESCO - Joan Howard Murray Smith, age 88, passed away peacefully and surrounded by family on Oct. 6, 2021, at the Mayo Clinic Hospital in Phoenix, Ariz.
The family is planning a Funeral Mass in celebration of Joan’s life at 11 a.m. on Saturday, May 7, 2022, at Notre Dame Catholic Church in Cresco, Iowa, with Father Jacob Rouse officiating. There will be a visitation one hour prior to the service at the church on Saturday. Burial will be in Calvary Cemetery Cresco.
Joan was born to James and Elizabeth (Sexton) Howard on April 3, 1933, in Cresco. Following graduation from Assumption High School in 1950, she graduated from Mount Mercy School of Nursing in Cedar Rapids, Iowa.
Joan married Robert Murray in 1955 at Assumption Catholic Church in Cresco. They raised their five children together in Cresco.
Joan had a long and distinguished nursing career and touched countless lives with her caring, compassionate and understanding nature. She was well-known for providing health care in Cresco. She was a nurse at the Cresco Hospital and developed new programs to benefit the community as Howard County Public Health Nurse and Nurse for the Crestwood Public School System. Joan continued her education and obtained a BS in Nursing from Upper Iowa University while balancing work and family. After a move to Des Moines in 1985, she worked for the State of Iowa in the Department of Inspections and Appeals as a Surveyor of Health Facilities until her retirement. She traveled throughout Iowa in this position and enjoyed seeing the communities, landscapes and cultures in each town. Her successful career was enhanced by her practical manner and great listening skills.
Joan loved sports. She played basketball as a forward for Assumption High School and was a gifted golfer. Following in her brothers’ footsteps, she was a women’s golf champion at the Cresco Country Club. She also loved to watch sports of all types, especially University of Iowa football and basketball.
Joan was a fixture at Crestwood sporting events for many years, even after her children graduated. In later years, she particularly enjoyed attending any event or activity that her grandchildren participated in.
In retirement, Joan moved to the Phoenix area and married Clem Smith in 2000, after being a widow for 10 years. She was blessed to become part of the extended Smith family, including Clem’s seven children.
Joan continued her love of travel and experiencing new places and people with Clem. Together, they spent several years traveling in their motor home throughout the country, visiting family and friends and making new friends everywhere they went. Throughout her life, Joan would speak and listen to anyone and find common ground with each person she met.
She lived a life of deep faith and shared her love of music by playing the organ in church and singing in church choirs. Joan lived life to its fullest. She had lifelong friends from Cresco, many close friends in Surprise, Ariz. and was the heart and soul of her family. She will be remembered for her vibrant smile and the warmth she brought to any room she entered.
Joan was the beloved wife of Clem Smith and the late Robert Murray; loving mother of Jane (Frank) Egan of Winnetka, Ill., John (Peggy) Murray of Flagstaff, Ariz., Mary (John) Lepic of Clive, Iowa, Dan Murray of Phoenix and Rob Murray of Sandia Park, N.M.; proud grandmother of Maureen (David) Bauer, Liz Egan, Katherine (Drew) Belli, Dan (fiancé Rachel Perzek) Egan, P.J. Murray, Maggie (Greg) Fishell, Elly Murray, Ryan Lepic, Molly (Chris) Paplow, Carly Lepic and Jack Lepic; and dear great-grandmother of five, Maddie, Emma, Parker, Laila and Tiana. Joan is also survived by many loving nieces and nephews and cherished sisters-in-law, Mary Lou Murray, Marilee Murray and Margaret (Ron) Law.
She was preceded in death by her parents, James and Elizabeth Howard; husband, Robert Murray; and siblings, Gladys (Chuck) Flick, Chuck (Ethel) Howard, Bob (Doris) Howard, John (Edythe) Howard, Betty (Paul) Grange and James Howard; and brothers and sisters-in-law, Liz (Art) Nixa, Tom (Elaine) Murray and  Raymond, John, Ed and Hank (Connie) Murray.
In lieu of flowers, memorials may be sent to Notre Dame Parish in Cresco, The Cresco Public Library or the charity of your choice.