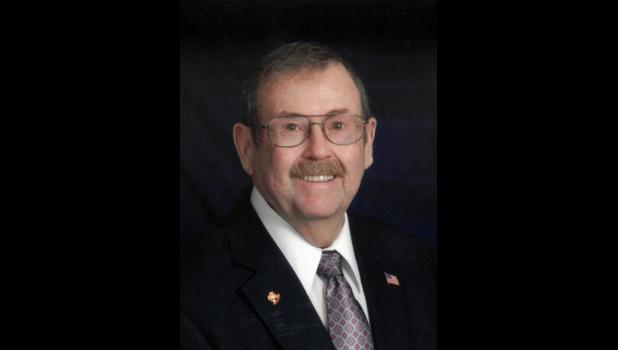 Oct. 27, 1944 —
Aug. 29, 2022
RIDGEWAY - Jerald “Jerry” Henderson, age 79, passed away on Monday, Aug. 29, 2022 at his home in Ridgeway, Iowa.
Memorial services were held on Friday, Sept. 2, 2022 at Peace Lutheran Church in Ridgeway. Inurnment and military honors were held at Lincoln Cemetery in rural Ridgeway. Lindstrom Funeral Home assisted the family with arrangements.
Jerry was born on Oct. 27, 1944 in Riceville, Iowa to the late Gene and Lura (Stiert) Henderson. He was the youngest of five children. He and his older brother Tom still spoke on the phone 3 - 4 times per week until he passed. Tom has already expressed how much he will miss their calls.
Jerry married Debra Mincks of Calmar, Iowa in 1976. They enjoyed many fishing and camping trips over the years, as well as attending church together. They always took their dog, Mitzie, who hated to be left home alone and was truly “Jerry’s dog,” as she only liked other people when he wasn’t around. The couple also enjoyed doing volunteer work, such as Good Friday fish fries in Spillville, Iowa.
The couple had five children. Jerry was a proud father, and all of his children will likely have a funny story about their dad to share. He was also proud of his grandchildren and enjoyed many photos and stories of their participation in sports.
He was always an outgoing and social person. Some of his fondest memories were when he owned the Stoplight Bar and Restaurant in Cresco, Iowa. Rumor has it his steaks were “the best around.” He went on to manage a few other bars, but the Stoplight was always the highlight. He loved to talk about those days and all the people he knew.
Jerry also went through some tough times in his life, but things began to change when he became involved with the Peace Lutheran Church in Ridgeway. Pastors Ginny and Phil Olson were pivotal individuals in his life, and he often expressed gratitude about their role in helping him find his place in the community. He became a devout Christian, who thoroughly enjoyed attending church on Sunday and serving the church in a variety of ways. One of his proudest accomplishments was the new fence at the Lincoln Cemetery. He loved to just drive out there and admire it from time to time. Jerry’s later years are a testament to the power of prayer, and that anyone can change their life for the better at any time.
He also served his community through the American Legion and VFW. For many, many years he took on the role of organizing events to honor veterans and placing flags on their graves. He used to get so irritated with the mice that would get into the flags every year!
Jerry is survived by his wife, Debbie; children, Jodi Henderson, Jack (Lisa) Henderson, Lisa (Scott) Jennings and Kevin (Jan) Henderson; daughter-in-law, Natasha Henderson; grandchildren, Carly, Amira, Easton, Everett and Blake; and a brother Thomas “Tom” (Judi) Henderson. He also had many nieces and nephews who always enjoyed their time with Uncle Jerry.
He was preceded in death by his parents; son; Steven Henderson (2021), sisters, Shirley Eastman, Dorothy Cherry and Mary Jo Wright; and a nephew, Mark Henderson.