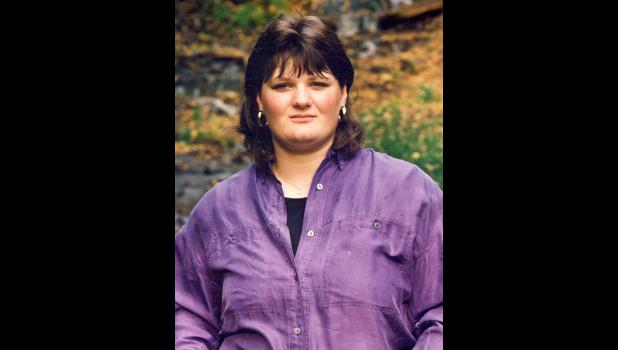 Dec. 12, 1979 —
Feb. 4, 2022
WAUKON - Jennifer L. Sletten, age 42, of Waukon, Iowa, died suddenly on Friday, Feb. 4, 2022, in Cresco, Iowa.
A celebration of life will be held on Monday, Feb. 14, from 4-6:30 p.m. at Martin-Grau Funeral Home in Waukon, with a remembrance service that includes a time of sharing starting at 6:30. Everyone is encouraged to bring a memory to share.
Jennifer Lynn Sletten was born on Dec. 12, 1979, in Iowa City, Iowa, the daughter of Dale and Cris (Bjerteness) Snow. She grew up in Ridgeway, Iowa, and graduated from Crestwood High School in Cresco in 1998. She later received her associate’s degree in criminal justice from NICC.
On June 28, 1999, Jennifer married Mark Sletten in Decorah, and the couple resided in Ridgeway until moving to Waukon in 2004.
Family came first for her. She was the self-appointed family matriarch as she was the one who took care of not only her three kids, but everyone else too, because she wasn’t one to say no when anyone needed help. If you needed something done, Jennifer would take care of it; if there was a celebration, holiday or get-together, Jennifer was the one to plan and host the event for all sides of her family.
She also was a hard-working lady, who often worked two jobs, generally in food service. At the BA Burrito Company, Jennifer was the manager in Decorah and worked in the LaCrosse locations as well. Jennifer then worked for Casey’s in Waukon and Decorah before becoming the kitchen manager at the Cresco location, where she was currently working. Previously, she was a driver for O’Reilly Auto Parts in Decorah.
A bit of a gear head, Jennifer enjoyed helping her dad fix cars at his garage; Ford was her favorite and she hoped to one day own a Mustang. She was also into diesel trucks and often went to the Volga Truck Rally, car shows and races. She and Mark owned their own motorcycles and Sturgis was on their bucket list.
A lot of her time was spent volunteering at Thunder Rode in Decorah, which is a therapeutic horseback riding program and was learning to ride a horse herself.
Jennifer had a green thumb and liked planting flowers, especially carnations and roses. The couple traveled a lot across the country and have been to almost every lighthouse on the Eastern seaboard. She also liked visiting historical cemeteries and was really interested in the ones in New Orleans and Atlanta. She made sure to make it to all of her kids’ activities and was a big Las Vegas Raiders fan.
Jennifer is survived by her husband Mark of Waukon; three children, Katelynn, Allison and Jordan; grandson, Brysen; mom, Cris (Jim) Manke of Cashton, Wis.; dad, Dale (Rebecca) Snow of Cresco; grandmother, Louella Bjerteness of Janesville, Minn.; siblings, Melissa Snow-Rizza of Sparta, Wis., Ben (Lisa) Snow of Wisconsin Rapids, Wis., Steven (Tara) Snow of Norfolk, Va. and Justine and Adam Snow, both of Cresco; father and mother-in-law, Bill and Susan Bartels of Lansing, Iowa; brother-in-law, Jeff Bartels of Madison, Wis.; sister-in-law Cheryl (Travis) Spilde of Joplin, Mo.; and several nieces and nephews.
She was preceded in death by her grandparents, Ron Bjerteness and Jim and Doreen Snow.
Online condolences may be left at www.martinfunerals .com.