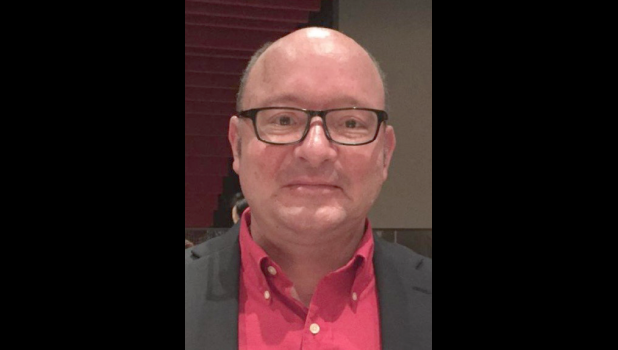 July 16, 1963 —
April 4, 2022
Rohnert Park, CALIF. - Jeffrey Arnold Svestka, 58, passed away peacefully at his home in Rohnert Park, Calif. on April 4, 2022.
A visitation will be held on Friday, April 22 from 12-2 p.m. at Hindt-Hudek Funeral Home in Cresco, Iowa, with a graveside service following at Holy Cross Cemetery in Schley, Iowa.
Jeff was born on July 16, 1963 to Art and Lois (Picht) Svestka. He graduated from Crestwood High School in 1981. After graduation, he attended NIACC then went on to earn a business degree from the University of Northern Iowa.
One of the most monumental moments in Jeff’s life was in March of 2008 when he traveled to Guiyang, China to marry the love of his life Ping Nie (aka Jessi). Not only did he become a husband but also a father to Ping’s daughter, Sunny, two roles he cherished beyond anything.
It was with great pride and admiration that he supported Jessi in her achievement of earning a master’s degree in Depth Psychology as well as assisting her in publishing a book about her life in America.
When Sunny had the idea to start her own bubble tea business, Jeff jumped in with both feet to help her achieve that dream, and now she is the proud owner of Sunny’s BoBa & More. She credits his fatherly influence with making her into the person she is today.
He also did all he could to make sure that Jessi’s father’s first visit to the United States was comfortable, memorable, educational and fun. Her father was so very impressed and appreciative of all that Jeff did to expose him to the local cultures and customs of the U.S. and provide him reassurance of the life that Jessi and Sunny would have here.
Jeff found enjoyment in and had a love for his friends, music and golf. His annual Memorial Day adventures were always something he looked forward to and provided so many great memories of camping, canoeing, storytelling and music around the campfire, all of which will never be forgotten.
Playing rhythm guitar in the Cheyenne Wells Band allowed him to share his passion for music and livened up so many great celebrations. Growing up playing golf at the Cresco Country Club rooted his everlasting interest and enjoyment in the game. He took pride in being president of his local BeGone golf league and was always an eager and welcoming host for many of his friends and family’s California golf trips.
Jeff began his career in the insurance industry in 1988 working for Federated Mutual Insurance Company. His career there took him to Des Moines, Iowa, Troy, Mich., Owatonna, Minn. and Sacramento, Calif. In 1999, he relocated to Sonoma County, Calif. to work for Fireman’s Fund/Allianz Insurance and remained there until his passing.
Throughout most of his career, Jeff was very active in his local chapter of CPCU Society. He was well respected by his colleagues for his wealth of knowledge regarding insurance, reinsurance and risk management. His contributions to the company will be greatly missed by all with whom he worked.
Jeff was very kind, had a big heart and was always willing to offer up advice and teachings to anyone who wanted it. Wherever he went, a great time was sure to follow, and he will be greatly missed by his family and friends.
He is survived by his wife, Jessi (aka Honey Bunny to Jeff), and daughter, Sunny, of Rohnert Park; father-in-law, Zongjian Nie of Guiyang, China; brother, Mike (Sandy) of Owatonna; sister, Rochelle of West Des Moines; brother, Doug (Jeni) of Lakeville, Minn.; and nieces and nephew Emily and Megan Pearson, Matt Svestka and Scarlett, Georgia and Mimi Svestka.
He was preceded in death by his parents; paternal grandparents, Ruben and Jessie (Shimek) Svestka; and maternal grandparents, Clifford and Vivian (Smith) Picht.
Memorials may be given to the Muscular Dystrophy Association. Cards can be sent to Jessi at 944 Hawthorne Circle, Rohnert Park, CA 94928.