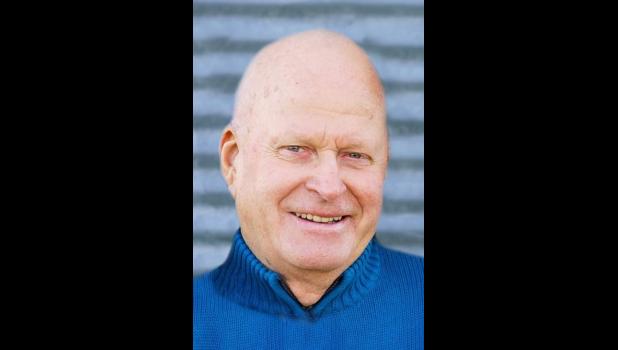 March 7, 1940 —
April 23, 2022
CEDAR FALLS - Irvin Myron, age 82, of Cedar Falls, Iowa, passed away on April 23, 2022 at New Aldaya Lifescapes in Cedar Falls.
Funeral services will be held on Monday, May 9, 2022 at Immanuel Lutheran Church in Cresco, Iowa at 3 p.m. Friends may call one hour prior to services at the church. Lindstrom Funeral Home in Cresco is handling the arrangements.
Irv was born in Lanesboro, Minn. to Esther and Irvin Myron. He graduated from Harmony (Minn.) High School in 1958. He met Molly his senior year in high school at a sock hop at Notre Dame High School in Cresco. After high school, Irv joined the Army in January 1959 and served at Fort Rucker, Ala. After his discharge in 1962, he attended Winona State University, married Molly at Immanuel Lutheran Church in Cresco, in 1964 and then graduated with a Bachelor of Arts degree in Elementary Education.
The couple returned to Cresco to Molly’s family farm in 1966. His teaching career consisted of teaching sixth grade at both Ridgeway and Elma. In December 1970, he obtained his master’s degree at the University of Northern Colorado in Education Administration. He served as an elementary principal at Elma, Lime Springs and Ridgeway until he retired in 1997.
Irv and Molly were blessed with two amazing children, Susie and Jeff. As a family, they had many adventures traveling to Florida, the Bahamas, California, Colorado and Mexico, to name a few.
One of Irv’s biggest joys was spending time with his grandkids. He enjoyed attending dance recitals, soccer games, band concerts, football games and all those wonderful grandkid activities.
He is survived by his wife of 57 years, Molly; his two children, Susie (Bill) Zimmerman of Cedar Falls and Jeff (Kelly Bauer) of Elma, Iowa; five grandchildren, Blake, Sam and Skylar Zimmerman and Jordie and Kyler Bauer; one great-grandchild, Hendrix Conger; sister, Judy Brown of La Mesa, Calif.; brother, Dennis of Ridgeway, Iowa; and nieces, Carroll St. John and Donna Miller of Cedar Rapids, Iowa.
He was preceded in death by his parents, Esther and Irvin, and sisters, Luella Johnson and Bette Bilson.
In lieu of flowers, memorials are preferred.