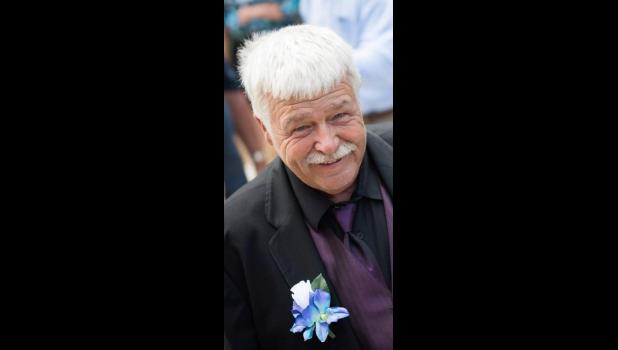 Aug. 20, 1956 —
April 9, 2022
CHESTER - Gordon “Gordy” Adrian Gragert, 65, of Chester, Iowa, passed away at his home on Saturday, April 9, 2022.
A memorial service will be held at 3 p.m. on Tuesday, April 19, 2022 at Hindt-Hudek Funeral Home in Cresco, Iowa. Burial will follow at Chester Hill Cemetery. Visitation will be held from 1-3 p.m. prior to the service.
Online condolences may be left at Hindtfuneralhomes.com.
Gordon was born on Aug. 20, 1956, in Harmony, Minn. to Gerald and Marian (McKenzie) Gragert. He was a 1974 Crestwood High School graduate in Cresco. On Nov. 7, 1981, he was united in marriage to Darla Galloway. To this union a son, James Galloway Gragert was born.
Gordon farmed in Chester for many years and later worked for Reicks View Farms in Lawler, Iowa. He loved watching James at several tractor pulls every summer. His greatest joy was his granddaughter Khloe, and his new twin baby granddaughters, Kaiya and Kora.
Gordon loved to collect Farmall tractors, toy tractors and toys. He enjoyed being with his dog, Turbo, going to the stock car races with his friends, going to the Chester Truck Stop to eat and visiting with his friends.
Gordon is survived by his wife, Darla; son, James (Hallie) Gragert of Cresco; granddaughters, Khloe, Kaiya and Kora; three sisters, Joan Gragert (friend Tim), Marilyn Schwab (Brian Monsen) and Betty (Rick) Reicks; one brother, Damon (Sherry) Gragert; brother-in-law, Al Westphal; and many nieces and nephews.
He was preceded in death by his parents, Gerald and Marian Gragert; one sister, Maxine Westphal; brother-in-law, Joe Schwab; maternal and paternal grandparents; father-in-law, James Galloway; and nephew, Zane Rollins.