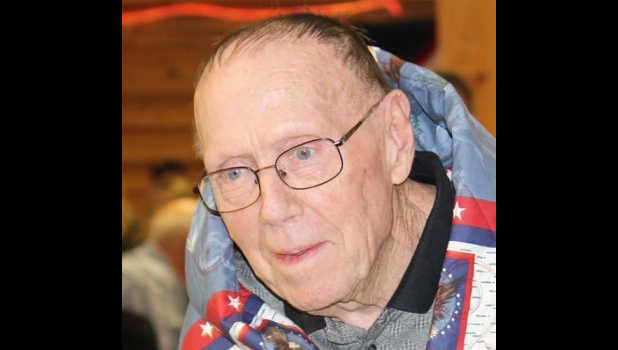 Jan. 8, 1929 —
Feb. 1, 2020
CRESCO - Gentry Leeps, age 91 of Cresco, Iowa, passed away on Saturday, Feb. 1, 2020 at Evans Memorial Nursing Home in Cresco.
Funeral services will be held at 10:30 a.m. on Friday, Feb. 7, at Cresco United Methodist Church, with Rev. Kayla Lange officiating. Burial will take place in Oak Lawn Cemetery. Visitation will be held one hour prior to the service at the church. Hindt-Hudek Funeral Home is assisting the family.
Gentry was born on Jan. 8, 1929 to Bernard and Helen (Wildey) Leeps in Orient, Iowa. He attended elementary and high school in Orient. He was in the United States Army from January 1950 to October 1952, serving in the Koren War as an MP.
After his service, Gentry attended the American Institute of Business in Des Moines, Iowa for accounting. While there, he met LaVerna Collins and was married on Oct. 25, 1953 in the Methodist Chapel in Des Moines.
They moved to Atlantic, Iowa, where Gentry worked for the Ford Motor Company. From Atlantic, they moved to Sheffield, Iowa for a year and then to Cresco, where he worked at the Cresco Ford Garage. He opened and operated Gent’s DX Service Station (where Sterling Drug is now located). He sold the station in 1977 and worked for Howard County Hospital, driving ambulance for 14 years. He then worked for Howard County Law Enforcement Center as a dispatcher until his retirement in 1994.
Gentry and LaVerna raised six children, Warren (Vali) Leeps, Calvin (Monica) Leeps, Teresa (Gary) Kabrud, Linda (Joe) McGee, Jeffrey Leeps and Donald (DeAnn) Leeps.
He was a member of the First United Methodist Church, VFW and was a 50-year member of the American Legion. He enjoyed camping, fishing, playing cards and was an avid woodworker and did numerous craft shows.
Gentry is survived by his six children, 13 grandchildren and 13 great-grandchildren.
He was preceded in death by his parents; a brother, Kenneth Leeps; and his wife of 63 years, LaVerna.