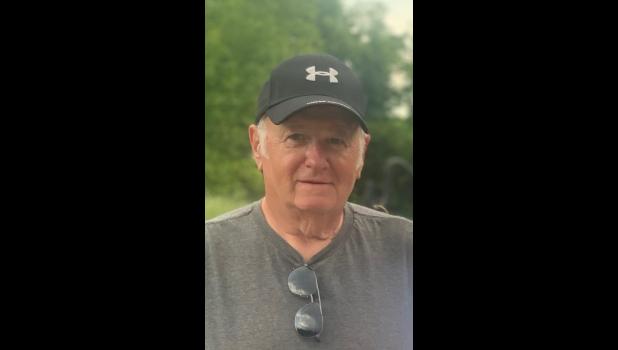 May 22, 1951 —
Feb. 26, 2022
CRESCO - Gary Cenek, age 70, passed away on Saturday, Feb. 26, 2022 at his home in Cresco, Iowa.
Private family memorial services will be held. A public visitation will be held on Wednesday, March 2, 2022 at Lindstrom Funeral Home in Cresco from 4-7 p.m. Lindstrom Funeral Home is assisting the family with arrangements.
Gary William Cenek was born on May 22, 1951 to Clarence and Viola (Greenslade) Cenek. He graduated from Crestwood High School and worked several years at the Red Owl grocery store throughout high school and after graduating, until he left to work at Donaldson Company. That’s where he met Suzanne Marie Sullivan. The two married on April 25, 1981 at Immaculate Conception Church in Elma, Iowa. He retired from Donaldson’s in February 2014, after nearly 40 years.
The couple had a very special bond. Where there was one, there was the other. There was so much joy when they were both able to retire and spend their days together. They spent their free time relaxing in the backyard, having a few drinks while listening to music or going on rides around town. If they weren’t in the backyard, they may have taken a trip to the casino or could be found scratching lottery tickets with golf tees at the kitchen table.
Gary enjoyed spending time with his dog, Lambeau, watching (and swearing at) the Packers and Iowa Hawkeyes and spending time outdoors watching and feeding the birds.
Golfing while making memories were things Gary looked forward to during the summer months. When winter rolled around, he liked the challenge of a good puzzle.
Gary was invested in his health and always made a conscious effort to work out in the basement. He enjoyed spending time with and hearing stories about his grandkids. He was always so proud of their accomplishments. He was affectionately known as “Pappy” to his grandkids. Pappy was looking forward to the arrival of an additional grandchild this summer and was hoping for another boy to continue the Cenek name.
Gary is survived by his wife, Sue Cenek; two daughters, Melissa (Eric) Vobr and Angela Cenek; a son, Jason (Stephanie) Cenek; eight grandkids, Jensen, Austin and Audrey Cenek (Jason and Stephanie) and Joey, Jaylee, Garrett, Oakley and Everly Vobr (Eric and Melissa); and a brother in-law, Jerry Smith.
Gary was preceded in death by his parents, Clarence and Viola Cenek; two sisters, Donna Smith and Linda (Johnny) Wilson; and his father and mother-in-law, Leo and Marie Sullivan.