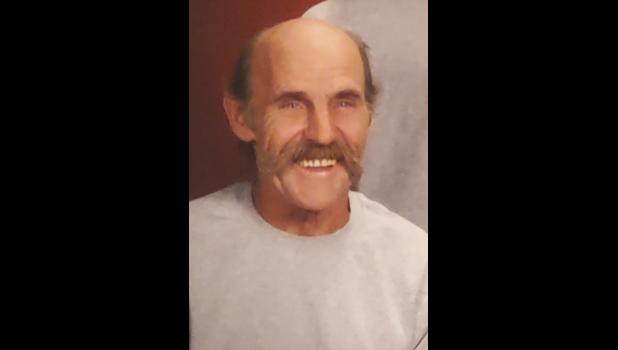 Feb. 26, 1951 —
April 4, 2022
CRESCO - Francis John Hyke, age 71, of Cresco, Iowa, died on Monday, April 4, 2022, at his home.
Mass of Christian Burial for Francis will be held at 11 a.m., on Monday, April 11, 2022, at Notre Dame Catholic Church in Cresco, with Father Daniel Knipper officiating. Burial will be at Calvary Cemetery. Visitation will be held from 2-5 p.m. on Sunday, April 10, 2022, at Hindt-Hudek Funeral Home in Cresco and will continue one hour prior to the service at the church.
Francis John “Cisco” Hyke, the son of Glenn Francis Hyke and Agnes Lillian Stepan, was born in Cresco, on Feb. 26, 1951. He graduated from Cresco’s Notre Dame Catholic School in 1969.
He served in the Army from 1971-1973, based at Fort Carson in El Paso County, Colo. He went to college for two years, studying farm implement mechanics at NICC. He spent most of his working career with Huntting Elevator, but his true passion was for farming.
Francis married Audrey (Sjullie) Bouska on June 20, 1987 at the Little Brown Church in Nashua, Iowa.
Cisco enjoyed picking on all of his children and grandchildren, giving them a hard time, and telling ‘Dad jokes.’ He had a huge heart and was always trying to help those in need.
He cherished family time and farming (John Deere was his favorite and you couldn’t argue with him). He loved outdoor activities such as rodeos, tractor pulls, farming, kayaking/canoeing, trail riding, baseball, horseshoes and hunting.
Cisco spent many hours reading; he enjoyed history books and Westerns, especially his favorite author Louis L’amour. His favorite pastime was playing games; he loved board games, cards, puzzles and, of course, Sudoku.
He absolutely hated cold weather but enjoyed the football season. (The Detroit Lions was his favorite team, because he was always rooting for the ‘underdog.) He spent countless hours watching John Wayne, “Yee Haw,” Red Skelton and many more. (This explains a lot about his sense of humor.) He liked country music, and if you wanted to hear him sing, play the old time county music on the radio. (George Jones was one of his favorites.)
His favorite food is unknown because, if you have seen him eat, there was no limit. (If he could have, he would have used a buffet table as his plate.)
Cisco eventually grew to like to complain and antagonize the government. (He really got a kick out of this, and his eyes would light up when he would tell his kids about his shenanigans.) Francis was greatly loved and will be missed by his family and many friends.
Cisco will live on through his wife, Audrey; his children, Jennifer Hyke, Daniel Hyke, and David (Mercedez) Hyke; His stepchildren, Jeremiah (Tami) Bouska, Ralia Bouska, Jason Bouska, Stephanie (Justin) Gerleman and Kristen (Brandon) Earles; his grand-children, Marilynn and Madilynn; his step-grandchildren, Nicolas, Kaylin, Aurora, Lenore, Theodore, Xavier, Shanna, Chelsea, Alley, Jorja, Haylee, Alexis, Drew and Trace; siblings, Marcy (Barry) Linde, Lester (Debbie) Hyke, Maggie Wright, Dennis (Suzanne) Hyke, Kenny (Susan) Hyke, Gordon (Carrie) Hyke, Karen Hyke, Richard (Teresa) McGee, Steve (Vivian) McGee and Maureen (Randy) Reinhart; and many nieces and nephews.
Francis was preceded in death by his father, Glenn; his mother, Agnes; stepfather, Gerald McGee; daughters, Tina, Angela and Megan; grand-daughter, Ashley; and nephew, Randy Wright.