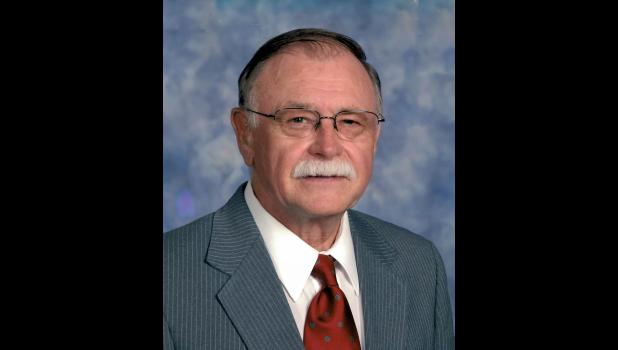 Aug. 5, 1938 —
Feb. 24, 2022
WATERVILLE - Eugene “Gene” Harold Schwake, age 83, of Waterville, Minn., died on Thursday, Feb. 24, 2022, at Traditions of Waterville.
The funeral service will be at 2 p.m. on Saturday, March 5, 2022, at St. Peter (Bell) Lutheran Church in rural Waterville. Visitation will be for one hour prior to the service at the church.
Interment will be in Howard Cemetery at Elma at a later date. Arrangements are with Dennis Funeral & Cremation Services in Waterville.
Born on Aug. 5, 1938, in Cresco, Iowa to Fred and Grace (Cable) Schwake, Gene attended school in Howard County and Elma, Iowa. He married Carol Dybevik and together they had six children. They spent eight years in the USAF and farmed in the Elma area.
Gene married Bonnie Schmidt on Sept. 5, 1977, in Osage, Iowa. He worked for various implement dealers as a mechanic. They owned and operated Osage Floral. The couple lived in Culpeper, Va. and Minneapolis, Minn. before moving to Waterville in 1996, where he worked in property management, retiring in 2005.
Gene was the president of the Waterville Lakes Associating and had a passion to clean up and maintain the lakes and shorelines. He volunteered driving seniors and others in “the ride about town of Waterville,” and outside town when needed. He was a trained skywarn spotter and was certified in CPR and first aid.
Gene is survived by his five children, Jeffery Schwake of Elma, Joel (Lettie) Schwake of Elma, Lori Krause of Osage, Leann (Russell) Robertson of Culpeper and Jodi (Michelle) Schwake of Crozet, Va.; two stepchildren, Evan (Laura) Schmidt of Elma and Vonda (Tyrone) Jacoby of Mendon, Ill.; many grandchildren, great-grandchildren, nieces and nephews. He is also survived by his sister, Marilyn (Merle) Worple of Elma, and his very special friend, Betty McMillen.
He was preceded in death by his parents; daughter, Linda; wife, Bonnie; and his brother, Fred.