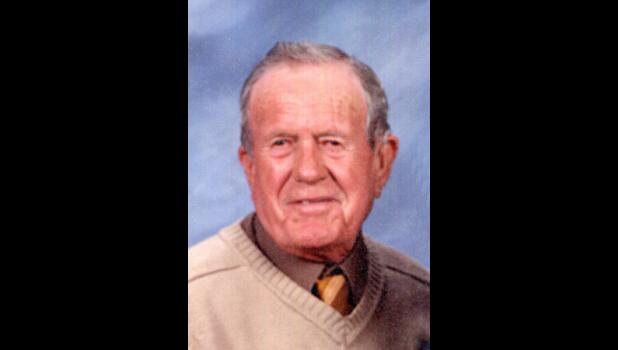 Oct. 13, 1924 —
Jan. 29, 2020
FORMERLY OF WAUCOMA - Ervin Andrew Albertson, age 95 of Tama, Iowa and formerly of Waucoma, Iowa passed away on Wednesday, Jan. 29, 2020 at the Iowa River Hospice Home in Marshalltown, Iowa from injuries received in an in-home accident.
A Mass of Christian Burial was held on Tuesday, Feb. 4, 2020 at St. Patrick Catholic Church in Tama. Interment was at St. Patrick’s Cemetery in Tama. Kruse-Phillips Funeral Home, Tama-Toledo, is assisting the family with arrangements.
Ervin was born on Oct. 13, 1924, in Cresco, Iowa, the son of Alfred and Emma (Balk) Albertson.
On Oct. 9, 1946, he was united in marriage to Norma Jean Miller at St. Joseph Catholic Church in Cresco. He worked for a rendering plant near Cresco and later at the Tama Pack, retiring in 1990.
Ervin was a lifelong avid hunter and fisherman. He was the owner and trainer of many great hunting dogs. He was able to hunt into his early 80s, at which time he was still able to walk with those who hunted with him. In his later years he took up golf, saying at times, “It is a lot easier getting birdies with my Ithaca shotgun than with my putter.”
He will be greatly missed by his children, siblings and all who knew and loved him.
Survivors include five children, Connie Regenold of Nevada, Iowa, Alan (Diane) Albertson of Walker, Iowa, Joanne (Richard) Woodford of Kaiser Mo., Lisa (Bill) Sullivan of Santa Maria, Calif. and Donald Albertson of Jesup, Iowa; many grandchildren and great-grandchildren; one brother, Bud Albertson of Iowa City, Iowa; one sister, Emma Jean Pfiffner of Dewar, Iowa; and several nieces and nephews.
Preceding him in death were his parents; his wife, Norma on Oct. 27, 2015; son, Mike Albertson; daughter Kimberly (Lloyd) Davenport; grandson, Scott Morris; granddaughter, Melissa Sullivan; great-granddaughter, Erica Woodford; two sisters, Angeline Hiemerman and Luella Milz-Guillaume; and one brother, Clifford Albertson.
A memorial fund will be established.