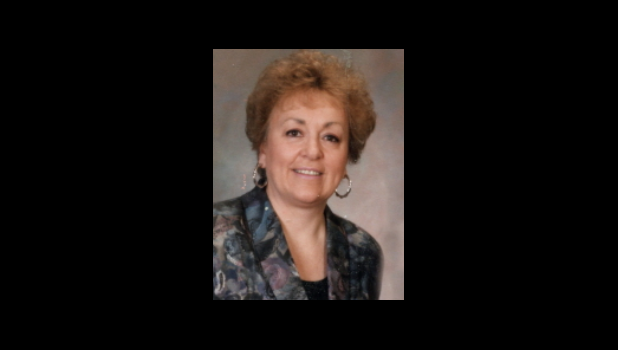 May 25, 1941 —
Nov. 5, 2021
NEW HAMPTON - Elizabeth “Liz” Duneman, age 80, of New Hampton, Iowa died on Friday, Nov. 5, 2021, at Maple Crest Manor in Fayette, Iowa.
Funeral services were held on Nov. 10, 2021, at Trinity Lutheran Church in New Hampton with Rev. Kevin Frey officiating. Interment was in the New Hampton City Cemetery.
Liz was born on May 25, 1941, to Lyle and Ruth (Gunhus) Cameron in Cresco, Iowa. She spent her younger years as a farm girl before her family moved to Cresco, where she graduated from Cresco High School in 1959.
She had known Jerry Duneman for years, but when he returned home after serving his country in the U.S. Army, the two began dating, and they were married on April 25, 1964.
Lis and Jerry made their home in New Hampton, and their family grew to include three beautiful daughters, Dawn, Cindi and Steph.
The girls had a mom who was kind, loving and giving. She loved to cook and bake, and anything she made — from Jule Kage and lefse to her delicious brownies and everything in between — was simply delicious. They knew they had a best friend in their mother, and the girls also knew they could always go to her, and they would get the help and love they needed.
Liz was also a “mother” to numerous New Hampton children as she ran an in-home daycare for years. There was no better, more comforting place parents could leave their children when they went off to work each day. In retirement, Liz and Jerry worked as custodians at Trinity Lutheran Church, where they were faithful members for many years.
More than anything, Liz loved spending time with her daughters, and she especially adored her eight grandchildren. There was no better day for her than one spent with them. She also cherished her little dog, Daisy.
In the springtime, Liz always looked forward to flower shopping at several greenhouses in the area. She also loved shopping, especially her yearly Christmas shopping trip with her daughters. In addition, Liz and Jerry enjoyed their trips to the casinos every now and then.
Liz had such an exceptionally kind heart and was a woman who exuded compassion for her family and friends. She will be greatly missed by everyone who had the pleasure of knowing her.
She is survived by her three daughters, Dawn (Duane) Fenneman of West Union, Iowa, Cindi (Jon) Clark of Reinbeck, Iowa and Stephanie (David) McKenna of Indianola, Iowa; eight grandchildren, Derrick Fenneman, Brandon Fenneman, Dylan Fenneman, Cameron Clark, Karlee Clark, Tyler McKenna, Kyan McKenna and Sawyer McKenna; and brother, Lyle Cameron.
She was preceded in death by her husband of almost 57 years, Jerry; her parents, Lyle and Ruth Cameron; a sister, Lila Mae, who died in infancy; and her beloved dog, Daisy.