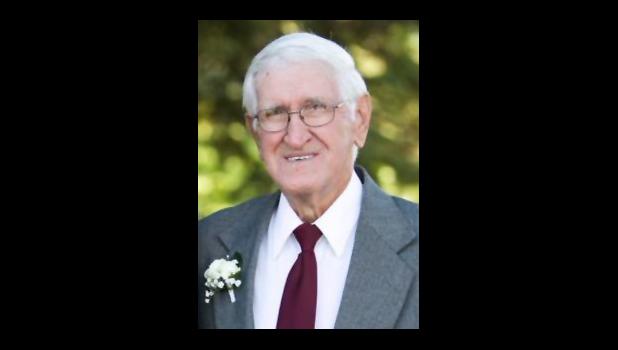 Nov. 28, 1935 —
April 1, 2022
ELMA - Edward W. Chihak, age 86, of Elma, Iowa, passed away on Friday, April 1, 2022 at Allen Hospital in Waterloo, Iowa, with his family by his side.
A Mass of Christian Burial will be held at 11 a.m. on Friday, April 8, 2022 at Our Lady of Lourdes Catholic Church in Lourdes, Iowa, with Father Jerry Kopacek celebrating the Mass. There will be a two-hour visitation at the church on Friday prior to the funeral mass. Military rites will be provided by the Elma American Legion. Burial will be held at a later date. Online condolences may be left at www.conway-markhamfh.com. Memorials may be directed to the family for designation at a later date.
Edward William was born on Nov. 28, 1935, the son of William and Lillian (Stefan) Chihak in Howard County. He attended and graduated from Elma High School. After completing his education, Ed enlisted in the United States Army and proudly served his country until his honorable discharge. When he returned home, Ed began working for John Deere. While out on the town at Pla-Mor in Rochester one evening, Ed met the love of his life, Eileen Schwantz.
The couple were united in marriage on Nov. 14, 1964 at Our Lady of Lourdes Catholic Church. They made their first home in Waterloo, where they welcomed their baby girl, Judy. The family then moved to Lourdes. Ed purchased and ran the Lourdes Store and ground feed for local farmers. A few years passed before the Chihak family began farming in Chester, Iowa. The couple returned to the Elma area, and he began working for the State of Iowa until he “officially” retired.
In his down time, Ed enjoyed hunting, fishing, gardening, playing sports and spending time with his family. He loved watching his grandchildren play sports and always had an encouraging word for them. He was a member of Immaculate Conception and Knights of Columbus.
His memory will be honored by his wife, Eileen Chihak of Elma; his daughter, Judy (Kevin Acker) Ungs of Elma; his grandchildren, Travis (Kelsey) Ungs, Brittany (John) Leclerc and Jessica Ungs; his great-grandchildren, Mallory, Eloise, Noah and Lauren; his siblings, Evelyn Regan of Cedar Rapids, Iowa, Elsie Lentz of Elma, Virginia (Dan) Koch of Manchester, Iowa, Jane Mahoney of Waukon, Iowa, Betty (Dan) McGrane of Riceville, Iowa, Bill (Cathy) Chihak of Elma and Raymond (Deb) Chihak of Destin, Fla.; special family friends, Sharon, Jimmy and Maggie; and numerous nieces and nephews.
He was preceded in death by his parents; his sister, Marcy (Art) Ferrie; brothers-in-law, Clarence Regan and Linus Lentz; and his nephews, Tim Ferrie, Rick Ferrie, David Lentz and Kenny Chihak.