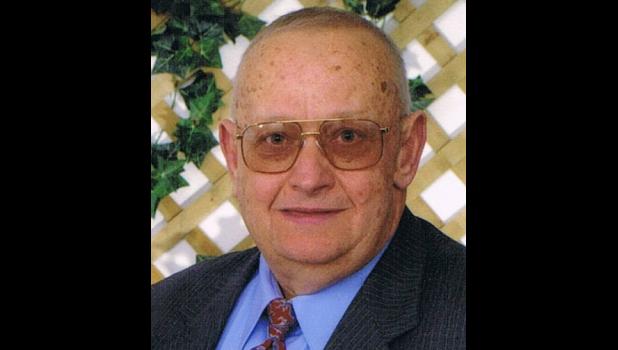 Aug. 15, 1943 —
Feb. 1, 2020
PROTIVIN - Edmund James “Sam” Samec, age 76 of Protivin, Iowa, died on Saturday, Feb. 1, 2020, at Accura Healthcare in Cresco, Iowa.
A Mass of Christian Burial will be held at Holy Trinity Catholic Church in Protivin, on Wednesday, Feb. 5, 2020, at 11 a.m. with Father Aaron Junge officiating. Burial will be held at a later date in Holy Trinity Catholic Cemetery. Visitation will be held on Tuesday, Feb. 4, from 4-7 p.m. at Hindt-Hudek Funeral Home in Protivin and will continue at the church for one hour prior to the service on Wednesday. A Vigil Wake Service will be held at 3:30 p.m. on Tuesday at the funeral home.
Edmund “Sam” Samec, son of James J. and Gladys (Hyke) Samec, was born in rural Cresco on Aug. 15, 1943. His early years were spent on the farm, located northwest of Protivin. At the age of 11, he and his parents moved to Protivin, and he enjoyed becoming a “city kid” and times spent with his friends. He attended country school #8 at New Oregon through sixth grade and then Holy Trinity School in Protivin. He graduated from Rudolphinum High School in 1963 and continued his education at the State College of Iowa (UNI) for three semesters.
Sam married Constance (Connie) Shindelar at St. Wenceslaus Catholic Church at Spillville, Iowa, on Feb. 12, 1966. Three children were born to this union, Steven James, Sharon Jean and Scott John.
The couple lived their entire married lives in Protivin. In the early years of their marriage, Sam was involved with the Eagle Scouts, served on the Holy Trinity School Board and Parish Council and was a member of the Knights of Columbus. He was a life-long member of Holy Trinity Catholic Church.
During his high school years, he started working at Clet Koshatka Farm Equipment, and this was the beginning of his mechanical career. Sam also worked a short time at Modern Power in New Hampton, Iowa, West Union (Iowa) Implement and at Sara Lee in New Hampton.
He started Sam’s Service Center in 1969, on South Main Street in Protivin at the former Art’s DX. In 1978 he leased the former Chyle Garage and Gas Station (now the site of Hindt-Hudek Funeral Home) and operated at this location until December 1998. Sam’s was a popular gathering spot, known for a cold bottle of pop, humorous stories and a lot of free advice from patrons (some even good). He purchased a bicycle business and inventory in the mid 1990s and helped out many youngsters (also adults) when their bikes needed work, sometimes just air in the tires or a seat adjustment.
In the fall of 1998, he moved his business to a new garage near his home in Protivin. He retired in September 2012, with the intent to tinker in the shop in retirement, but due to health concerns, his retirement plans were not realized.
Sam enjoyed following his grandsons’ sporting activities and had numerous hobbies — hunting, fishing, camping, motorcycling and bicycling, but his life-long interest was in genealogy. Through the years in business, he kept a legal pad handy for writing down the information gleaned in numerous conversations with his customers and visitors. It was because of Sam that the history/genealogy book of the local community was written and published in 2005. After many years of research by Sam and his committee, the “red book,” fondly known as the Protivin Bible and titled “The Protivin Community, Past and Present,” became a reality. This accomplishment was indeed a highlight of his interest in genealogy.
Sam is survived by his wife, Connie; and their three children, Steven (Sharon M.) Samec of New Hampton, Scott of Waterloo, Iowa and Sharon J. of Waterloo. Also surviving are grandchildren, Dr. Matthew (Katelyn) Samec and their two children, Margaret and Bennett; Dominic (Carlie) Samec and their son, Mason; and Joshua Samec.
He was preceded in death by his parents, James (1981) and Gladys (1997) Samec and by numerous aunts, uncles and cousins.