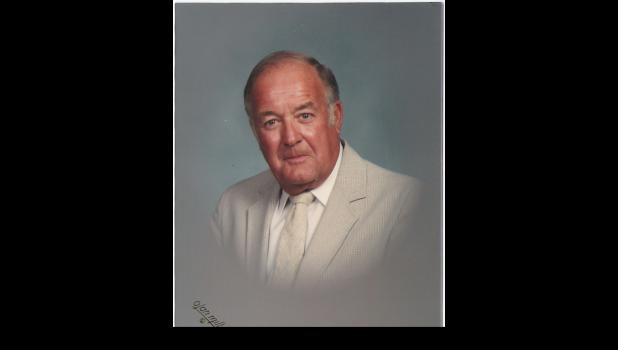 Formerly of Cresco -  Dr. Robert L. Nelson of Burnsville, Minn., formerly of Cresco, Iowa, age 91, died Friday, Dec. 2, 2016 at Valley Ridge Assisted Living in Burnsville.
A memorial service was held at the Valley Ridge Assisted Living on Dec. 10, 2016 with Pastor David Tillman, presiding. Interment, with military honors, was held at Fort Snelling, Minn.  In lieu of flowers, memorials may be sent to Can Do Canines.
Robert, the son of Dr. Paul O. and Eva M. (Whirry) Nelson, was born on May 11, 1925 and lived in Ayrshire, Iowa until the late 1930s, when the family moved to Emmetsburg, Iowa.
He graduated from Kemper Military Academy in Booneville, Mo. and in May 1943, was called to active duty in the Army, having enlisted months before. He served in the Pacific Theater, where his unit, Co. B 713th Armored Tank Flamethrower Battalion, was on detached service from the Army and fought with the 6th Marines on Okinawa. His unit had the unusual honor of receiving the Distinguished Unit Citation from the Navy for their service with the Marines.  After the peace treaty was signed, his unit was sent to Korea, where Robert completed his overseas service.  He was extremely proud to have had the privilege of wearing the uniform and serve under the flag for which he fought.
Following his discharge in 1946, he continued his education at Coe College in Cedar Rapids, Iowa.  In 1948, he met and married Shirley M. Smith of Oelwein, Iowa.  He graduated from the College of Mortuary Science in St. Louis, Mo. in 1948 and then from the University of Iowa in 1953, with his bachelor’s degree.  He attended the Illinois College of Optometry, receiving his Doctor of Optometry Degree in 1956.  The family moved to Cresco, where he practiced Optometry for 32 years, retiring in 1988.
Robert enjoyed hunting, fishing, flying, golf and yard work.  His memberships included the Methodist Church, the Masonic Lodge, 32 Degree Masons, American and Iowa Optometric Societies, the American Legion and life memberships in the VFW and the DAV.  He was appointed to a three-man commission for the Cresco Airport, serving for 26 years.
In 2006, Robert and Shirley decided to downsize and moved to Apple Valley, Minn. and recently moved to the Valley Ridge Assisted Living.
Survivors include his wife of 68 years, Shirley; his daughters, Karen (Mark) Anderson of Cresco and Kimberly (John) Aldrich of Savage, Minn.; two grandchildren, Timothy (Tiffany) Anderson of Marysville, Kan. and Brooke (Shaun) McGehee of Geneva, Ill.; and four great-grandchildren, Allison Anderson of Marysville, William  McGehee, and twins James McGehee and Andrew McGehee of Geneva.
He was preceded in death by his parents; a sister, Beverly Barton; and brother-in-law, Richard Barton.