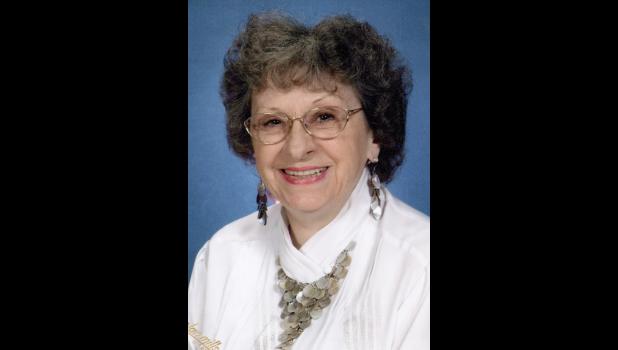 Oct. 30, 1926 —
Sept. 16, 2022
PROTIVIN - Doris M. Fencl, age 95, of Protivin, Iowa died on Friday, Sept. 16, 2022, at Evans Memorial Home in Cresco, Iowa.
A Mass of Christian Burial will be held at 10:30 a.m. on Saturday, Sept. 24, 2022, at Holy Trinity Catholic Church, Protivin, with Rev. Nick Radloff celebrating the Mass. Friends may greet the family an hour prior to the Mass at the church on Saturday.
In lieu of flowers, memorials may be made to the family for further designation. Hugeback-Johnson Funeral Home and Crematory has been entrusted with arrangements.
Doris Mildred Fencl was born on Oct. 30, 1926, in Garner, Iowa, the daughter of Jack and Theresa Leitzinger. She attended grade and high school at Rudolphinum Catholic School in Protivin. She graduated from high school in Tacoma, Wash., in 1944, after her family moved there.
While living in Tacoma, Doris was employed as a telephone operator during WWII. She later relocated to San Mateo, Calif., where she cared for her family and worked part-time in an antique shop. Doris had two sons from previous marriages. The family moved to Protivin in 1967.
Doris found great pleasure in raising her sons, reading, sewing, working in her flower garden and painting. Every time she left the house, she was dressed to perfection with fashionable clothing, beautiful jewelry, perfect makeup and often a fur coat in the wintertime.
On Nov. 20, 1973, in Nashville, Tenn., she married Leonard Fencl, her best friend and the love of her life. On Nov. 20, 2004, Father John Moser officiated at a renewal of the marriage vows at Holy Trinity Church in Protivin. They resided on the Fencl family farm, a mile east of Protivin. Doris found the farm was a place for her to feed and pet the cats, feed apples to the cows, and learn to ride a horse. She was also a good cook.
Doris is survived by her husband, Leonard; son, Scott Davis of Marshalltown, Iowa; brothers-in-law, Victor (Sharla) Fencl of Protivin and Ernie (Martha) Fencl of Cedar Falls, Iowa; and numerous nieces and nephews.
She was preceded in death by her mother and step-father, Theresa (Morris) McGrew; her father, Jack Leitzinger; son, Steven Sidwell; brother, Don (Barbara) Leitzinger; sisters-in-law, Mary (Willie) Andera and Betty Falada; and brother-in-law, Jim Fencl.