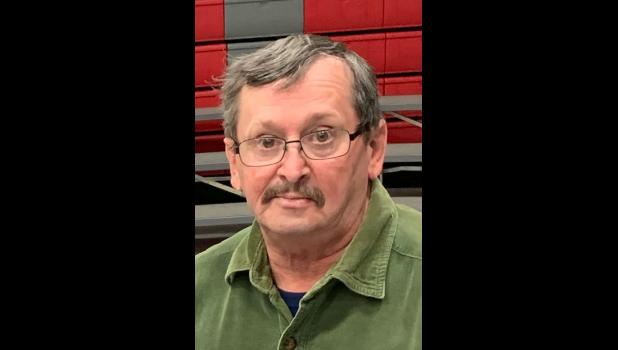 Oct. 1, 1956 —
May 11, 2022
Riceville - Donald “Bart” Bartels, age 65, of Riceville, Iowa passed away on Wednesday, May 11, 2022 at the University of Iowa Hospital. ​
Funeral services will be held on Saturday, May 14, 2022 at 10 a.m. at St. Paul’s Maple Leaf Church in rural Saratoga, Iowa. Friends may call from 4-7 p.m. on Friday, May 13 at Lindstrom Funeral Home in Riceville, as well as one hour prior to services at the church. Burial will be in the church cemetery.
Donald Mark Bartels was born on Oct. 1, 1956, to Herb and Verona (Prinz) Bartels of Elma, Iowa. He was the youngest of four children. He grew up on the family farm north of Elma and later raised his daughters on the same farm. On Feb. 16, 1980, he was united in marriage to Judy Wacha. They welcomed their four daughters, Melissa, Michelle, Malinda and Myranda. Bart always said, “The boys will come later.”
He made the most of his years by farming, helping his brother (John) and son-in-law (Aaron) with field work, working at JR Witco in Elma, SMI in Cresco, Iowa and retired from McNeilus in Riceville in 2018. Until he was sick, he enjoyed driving the van for the Riceville school district. Some of his favorite pastimes were watching WWE wrestling, playing slow pitch for the Acme Aces, playing volleyball, going to archery shoots, being on church council at Maple Leaf, riding with the Stump Jumpers Snowmobile Club and card club with friends.
In his later years, he loved going on tractor rides and kicking ass at tractor pulls with his brother, John. Bart loved watching his girls and later his grandchildren at various activities. He attended events that included football, basketball, softball, dance recitals, wrestling matches, 4-H activities and his not-so-favorite, music concerts.
Bart always had a warm greeting and smile. He always had tricks up his sleeve, a prank to play on his loved ones (such as a potato in an empty shoe, an early morning phone call, a call during a big football game and rearranging kitchen items at his daughters’ homes) or treats to share with young churchgoers.
Bart was the best husband, father, grandpa, brother, uncle and friend anyone could ask for. He will be truly missed.
Donald is survived by his loving wife of 42 years, Judy; his four daughters, Melissa (Aaron) Schatz of Cresco, Michelle (Tyler #1) Schwarck of Osage, Iowa Malinda (Tyler #2) Schwade of Protivin, Iowa and Myranda (Austin) Carey of Rochester, Minn.; eight grandchildren, Nolan and Alanna Schatz, Kaylee and Kaden Schwarck, Myla, Myles and Malia Schwade and two-week-old Annalynn Carey; his brother, John Bartels; sisters, Jane Windhorst and Phyllis Rademacher; his beloved, ice cream-eating dog, Bones; and numerous family and friends.