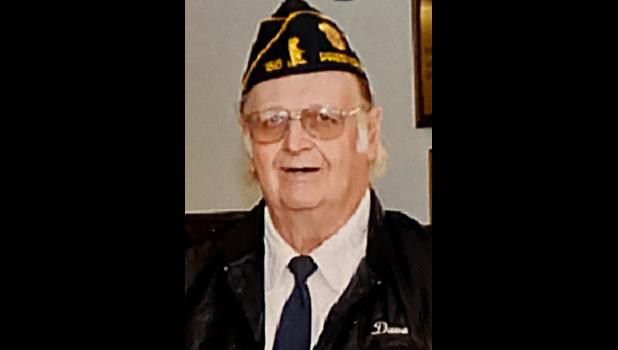 May 30, 1944 —
March 14, 2022
PRESTON - David William Collett (aka Cool Kitty or DC) “sucked his last breath” the morning of March 14, 2022 at Mayo Clinic Hospital, St. Marys Campus, Rochester, Minn.
Funeral services will be held at noon, on Thursday, March 17, 2022, at Christ Lutheran Church in Preston, Minn. Visitation will be held at the church from 10 a.m. until noon. He will be buried at the Minnesota State Veterans Cemetery - Preston. Hindt-Hudek Funeral Home Preston is assisting the family.
David was born on May 30, 1944 in Preston, the oldest of three sons to William and Christie Collett. He graduated from Harmony High School in 1962. After graduation, he was employed placing underground telephone lines. Most notably this included the home of Hubert Humphrey during his vice presidential role.
At the age of 21, he was drafted into the United States Army. He served two years in England, Germany and France as a truck driver. After returning from the service, he married Ellen Jane Keyes of Wykoff, Minn. Together they had five children, Michelle (Rich) Gossman, Bill (Jennifer), Shari (Frank) Markowski, Cathy (Kyle) Runtsch and John. The couple later divorced in 2004.
Dave spent his life farming in Fillmore County. He also was employed at Gehlings Auction Company for over 30 years. In addition, he drove semi-trucks for Root River Hardwood, along with fixing all sorts of farm machinery and vehicles.
He loved participating in tractor pulls throughout the region. His walls are filled with trophies from all his events. For many years he ran the tractor pull for Preston Trout Days. He even tried his luck at a few Combine Demolition Derbys.
Dave was an avid deer hunter. He enjoyed hunting with his extended family on the family farms. He still continued to serve actively as a Preston City Council member. Within the American Legion he served as the Post Commander. Eventually after so many years of service, he became a lifetime member in honor of his dedication.
Dave is survived by his five children, 14 grandchildren, and three great-grandchildren (with a fourth due in April). He is also survived by his two brothers, Dick (Carole) of Fountain, Minn. and Jeff (Mary Rajala) of Green Bay, Wis, and long-term significant other, Mary Dodd of Nora Springs, Iowa.
He was preceded in death by his parents.