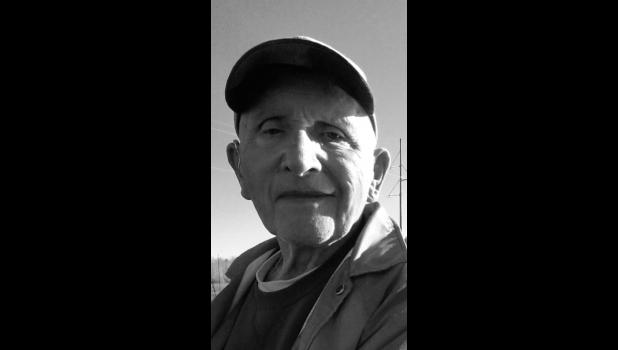 Aug. 5, 1932 —
Sept. 27, 2020
LIME SPRINGS - Dale F. Reis, age 88, of Lime Springs, Iowa, passed away on Sunday, Sept. 27, 2020 at the Evans Home in Cresco, Iowa.
Services are planned. Memorials may be designated to Pleasant Hill Cemetery at Lime Springs or Cresco Wildlife Club.
Dale was born on Aug. 5, 1932 on a farm near Bonair, the son of Daniel and Edna Reis. He was the youngest of three children. He attended country school east of Lime Springs and was raised and confirmed in the Lutheran faith.
He spent his boyhood on the farm, where he developed his lifelong love of fishing, hunting, trapping, exploring the woods and fields for mushrooms, berries and arrowheads and learning taxidermy skills. He loved sports and was a pitcher during school and later for town teams. He helped coach summer ball games for area youth.
Dale graduated from Lime Springs High School in 1950, where he met and dated his future wife, Joanne Wemett. They were married on July 6, 1953 while he was serving in the Army during the Korean conflict. He was stationed overseas in Austria and was honorably discharged in 1955. The couple then moved to Des Moines, where he completed school to become a licensed barber. They lived in New Hampton and Cedar Falls before moving home to Lime Springs, where he purchased McMaster’s Barber Shop, which he operated for 59 years.
Dale and Joanne were blessed with two children, Larry and Lori. Dale also worked as a carpenter, painter and taxidermist, as well as operating the barber shop. He continued his lifelong pursuits of hunting, trapping, fishing and arrowhead collecting. He was happy to purchase land where he could practice his interests of conservation of land and wildlife habitat.
He was a member of Lime Springs American Legion and area fish, game, shooting and archery clubs.
He courageously battled the debilitating effects of Parkinsons Disease for the past few years, always enjoying a friendly game of cards and feeding the wildlife in his backyard.
He is survived by his children, Larry Reis of Calmar, Iowa and Lori (Russ) Hall of Carlisle, Iowa; grandchildren, Amanda (Andy) Estey of Eckhart, Iowa, Dan (Krista) Reis of Waukee, Iowa and John (Laura) Reis of Ankeny, Iowa; seven great-grandchildren; and sister-in-law, Rita Jones of Lime Springs.
He was preceded in death by his parents; wife, Joanne in 1992; brother, Robert Reis; and sister, Julia Timmerman.