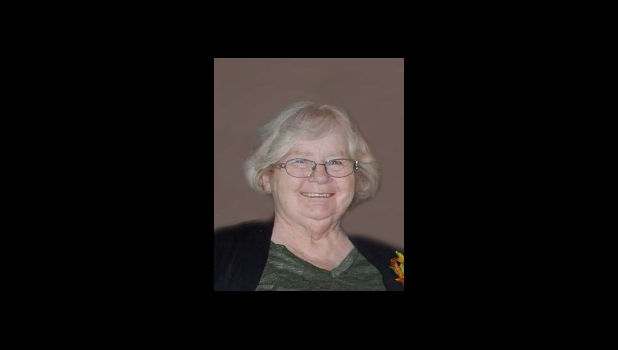 Oct. 19, 1941 —
April 5, 2022
RIDGEWAY - Carmen Kay Hovden, age 80, of Ridgeway, Iowa, passed away on Tuesday, April 5, 2022, at her home, following a courageous battle with COPD.
Funeral services were held on Monday, April 11, 2022, at Madison Lutheran Church at Decorah, Iowa, with burial in the church cemetery.
Carmen was born in Grundy Center, Iowa on Oct. 19, 1941, the daughter of Virgil and Leona (Brown) Creswell. She was the second of three children and attended the Traer-area schools, graduating in 1960.
Following high school, Carmen spent time as a nanny in Chicago, saving so she could attend beauty school. One of her best memories from this time was having her little sister, Donna, visit and going to see “West Side Story.”
Carmen completed Young School of Beauty in Waterloo, Iowa in 1964. She then relocated to Decorah and worked as a hairdresser for the next 51 years.
Carmen met Roger Hovden at Matters Ballroom near Decorah. They later married at Madison Lutheran Church on Feb. 21, 1975. This union was blessed with three children, Brigitte, Bethany and Brent.
Together they raised their family on a farm in rural Decorah/ Winneshiek County until 2006. At that time, they moved to Roger’s family farm near Ridgeway. This past November (2021) they moved to town. Their new home in Ridgeway is where she lived out the rest of her life.
Carmen was an excellent cook, and she enjoyed some baking. She was known for her potato salad, canned pickles and the holiday meals she prepared. She typically liked food the way she made it, but most trips out of town included bringing back chicken wings from KFC.
Despite only recently finding out that she was 5% Scandinavian herself, she always enjoyed making many Norwegian treats, like Krumkake, that were a tradition of Roger’s family and the community where she lived most of her life.
Carmen enjoyed various crafts, which many received as gifts. She painted many porcelain figures, holiday ornaments and Nisse, and she spent many hours knitting sweaters, doll clothes, etc. over the years.
She was an avid reader and could often be found with a book, and more recently her tablet. In recent years she embraced and found great joy in keeping in contact or getting back in contact with friends and family through Facebook.
Carmen always loved traveling. When she was younger, she traveled to Las Vegas, to see Elvis, and to Hawaii. Her most recent family trips included South Dakota, Memphis (of course she went to Graceland) and Grand Rapids, Minn. this last summer. Her girls trips with her daughters to Colorado, Ohio Amish Country, and Niagara Falls were other highlights of her last years.
Visits, cards, messages and calls from friends and family meant the world to her in the last few months.
Carmen is survived by her husband, Roger Hovden of Ridgeway; children, Brigitte Hovden of Decorah, Bethany Hovden of Waukon, Iowa and Brent Hovden of McGregor, Iowa; sister-in-law, Rosemary Vopava of Ridgeway; brother-in-law, Gene McCormick of Cresco, Iowa; as well as many nieces, nephews and friends.
She was preceded in death by her parents, Virgil and Leona Creswell; father and mother-in-law, Kenneth and Olga Hovden; siblings, Beverly Creswell and Donna (Ron) Penning; siblings-in-law, Shirlee (Jerry) Neubauer, Lila McCormick, Janet (Arlin) Fisher, Virgil (Helen) Hovden and Joe Vopava.