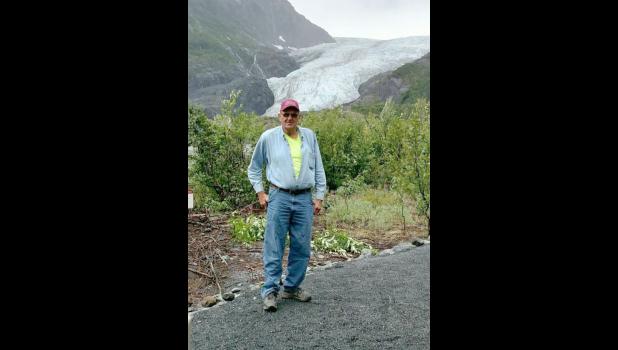 Feb. 24, 1945 —
March 20, 2018
Cresco - Brian Arthur  “Bucky” Glick of Cresco, Iowa, passed away on Tuesday, March 20, 2018, at Mayo Clinic in Rochester, Minn.
There will be no visitation or funeral, but his cremated remains will be laid to rest next to his adoptive parents, Merle and Emma, as he wished.
Bucky’s further wishes are to include a “Celebration of Life” at a place and time to be announced at a later date. Friends and family will be welcome to attend.
He was born on Feb. 24, 1945 in La Crosse, Wis. and graduated from Viola High School. After high school, Bucky enlisted in the Navy from 1965-1969 as a fireman on the USS Admiral Byrd. Upon leaving the Navy, he took employment at Dairyland Power Cooperative, initially on the survey crew, and worked his way to lead foreman on a line construction crew.
Bucky is survived by a brother, Stanley Mainwaring of Graford, Texas; a sister, Sharon Banta of Parowan, Utah; and half-brother, Milan Makfimavic of Milwaukee, Wis.
He was preceded in death by a brother, Duane Mainwaring of San Diego; a sister, Dianne Doss of Albuquerque, N.M.; and his adoptive parents, Merle and Emma Glick of Viola, Wis.