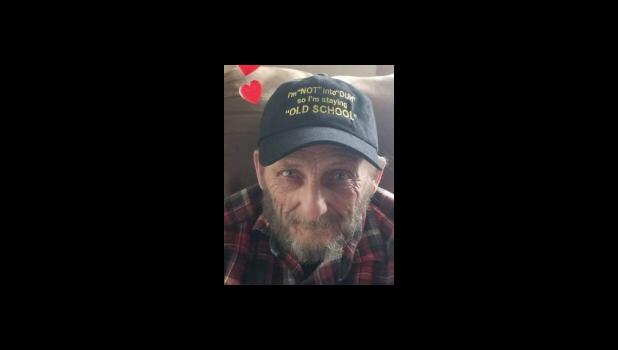 Dec. 31, 1951 —
Oct. 1, 2021
SCHLEY - Brad Alan Hurst Sr., age 69, of Schley, Iowa, passed away peacefully on Oct. 1, 2021, at Regional Health Services of Howard County in Cresco, Iowa, surrounded by his family.
Visitation will be held at Lindstrom Funeral Home in Cresco, on Friday, Oct. 8, 2021, from 4-6 p.m. A funeral will be held at United Methodist Church in Cresco, on Saturday, Oct. 9, 2021, at 11 a.m., with Pastor Derrick Okine officiating. Burial will be in New Oregon Township Cemetery.
Brad was born in Cresco on Dec. 31, 1951, to Ralph “Willard” and Dorothy (Reinhart) Hurst. He was the second of 11 children and the first son. From an early age, he took an interest in anything hands-on and mechanical in nature and often assisted his father in his electrical business as a child, in addition to regularly watching and taking care of his younger brothers and sisters.
He attended school in Cresco and later served his country in the U.S. Army, including a tour of duty in Vietnam. While in the Army, Brad served as a 68 E20 Aircraft Rotor and Propeller Repairman and was honorably discharged. While serving in the Army, he earned several decorations for his service, including a National Defense Service Medal, Vietnam Service Medal and an M16 Rifle Sharpshooter Badge.
On Jan. 7, 1978, he was united in marriage to the love of his life, Karen Margaret Fravel, at the United Methodist Church in Cresco. The couple remained in the Cresco area most of their lives. To this marriage, they had three children and five grandchildren.
Brad was rarely resting or idle, and he took great pride in working with his hands and out in his garage. Over the years, he modified and repaired almost anything with an engine, including various automobiles, trucks, motorcycles, lawnmowers and even the occasional go-kart for his children and grandchildren.
Brad took great pride in being able to fix or repair anything he owned and, over the years, he also helped a great number of people in the Cresco community with various home repairs, including roofing, electrical, plumbing, construction, snow removal and general maintenance work.
Throughout his life, Brad worked in various jobs and positions, and his work ethic was evident everywhere he went. His life reminds us that what matters most when it’s all said and done is not the time or years we spent in x, y or z positions, but rather, the quality of our work and the level of impact it had on others. Brad believed work is a reflection of  character and of fundamentally who we are as human beings. He took great pride in passing his work ethic and values onto his children and grandchildren and in watching them become independent and successful because of this.
Brad is survived by his wife of 43 years, Karen, of Cresco; children, Brad (Shelley) Hurst Jr. of Mason City, Iowa, Burt Hurst of St. Paul, Minn. and Kimberly (Blair) Schmelzer of Spillville, Iowa; grandchildren, Kalissa, Cordell, Violet, Adalyn and Holly; brothers, David (Laurie) Hurst of Cresco, Steven Hurst of Inver Grove Heights, Minn. and Daniel “Danny” (Robin) Hurst of Cresco; sisters, Connie (Ronald) Bothwell of Eau Claire, Wis., Lori (Joel) Anderson of Ackley, Iowa, Shirley (Jeff) Hay of La Crescent, Minn., Patricia Hurst Burr of Cresco, Peggy (John) Loveless of Cresco and Sally (Robert) Berneman of Mason City; and many nieces and nephews.
He was preceded in death by his father, Ralph “Willard” Hurst Jr.; mother, Dorothy (Reinhart) Hurst; brother, Michael; father-in-law, Robert Fravel; brothers-in-law, Ronald Bothwell and Jay Hayek; mother-in-law, Janice (Garrison) Fravel; paternal grandparents, Ralph and Alice “Lucile” (Finley) Hurst Sr.; maternal grandparents, Albert and Carrie (Rethamel) Reinhart; and some uncles, aunts and cousins.