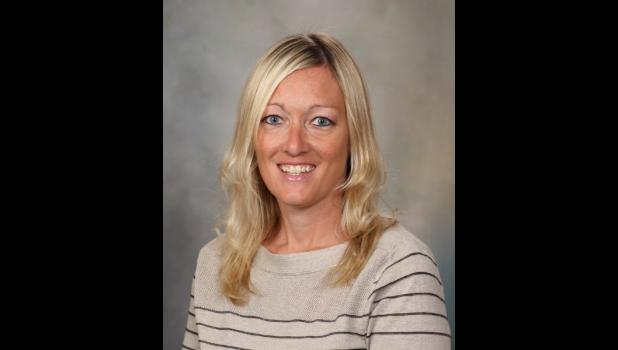 Feb. 9, 1982 —
Sept. 22, 2021
LeRoy - On Wednesday, Sept. 22, 2021, Bobbi Jo Alstat, age 39, of LeRoy, Minn. and originally from Saratoga, Iowa, died surrounded by her family. She battled Stage 4 Colorectal cancer bravely for two years, undergoing various treatments.
Her strength and determination to beat cancer never faltered, she was a fighter even in the most difficult of times. She remained strong, not only for herself but for her kids and her family throughout the entirety of her battle.
A Celebration of Life service will be held on Saturday, Oct. 2, 2021, from 1-4 p.m. at St. Paul’s Maple Leaf Lutheran Church (13431 Howard Ave, Elma, IA 50628). In honor of Bobbi, come have a cookie and bowl of ice cream (her favorites!) and share a memory with her friends and family. In lieu of flowers, the family asks that memorials be sent to  Howard County Community Hospice in her name.
Bobbi Jo was born on Feb. 9, 1982.
She worked at Mayo, for what would have been 20 years on Oct. 1. Throughout her time there, she worked in Ophthalmology, as an Emergency Medical Dispatcher and most recently as a Prospect Information Coordinator.
In every aspect of her life, Bobbi was fierce, stubborn and relentless. She was very competitive and loved to win, whether it was playing a game of UNO or a new card game she picked up somewhere along her travels. At family game nights, where laughter loudly filled the room, Bobbi could be found proudly wearing the UNO championship belt or boasting about her most recent win.
If she wasn’t in Saratoga for family gatherings, it was hard to determine exactly where she may be. Bobbi was a free spirit, who took the utmost joy in her travels and adventures with her kids and family. Most recently, amid a terminal diagnosis, she traveled to Alaska, achieving her lifelong goal of visiting all 50 states. That was the thing about Bobbi . . . she never let the bad news stop her from achieving things she wished to accomplish.
She was the best secret-keeper when it came to her vacation destinations. She loved to load the kids in the car as they headed to a destination that only she knew. Car rides with Bobbi were filled with lots of singing, plenty of laughter and playing one of her favorites — the license plate game. During her many weekend getaways, she could be found picking up a Harley shirt for her collection or attending as many NASCAR races as she could fit in each season.
If there is one thing you should remember about Bobbi, let it be her caring demeanor. She dropped everything for her family, friends and patients. She unknowingly touched the lives of some and made a lasting impact on so many more.
Bobbi will be forever remembered by her children, Reece of Rochester, Minn. and Sydney of Lime Springs, Iowa; her mother and father, Susan and Ronald Norman of Lime Springs; sister, Becky Rempfer and her children, Hayden, Alex and Kinnick of Cresco, Iowa; brother, Brady (Megan) Norman and their children, Grace and Layla of Cresco; and brother, Billy Norman of Stuttgart, Germany.