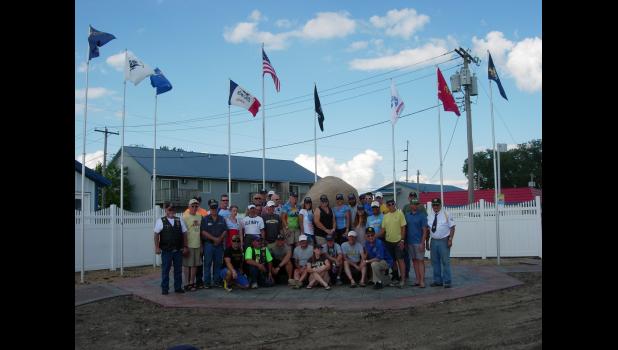 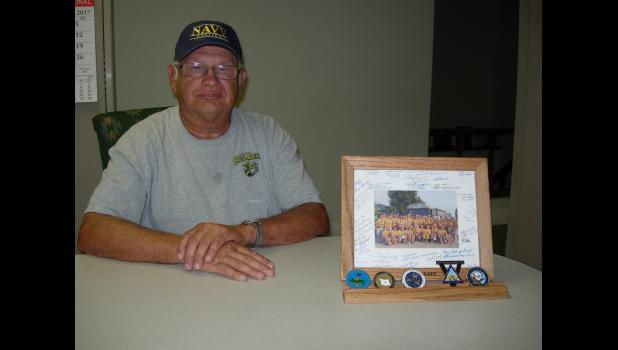 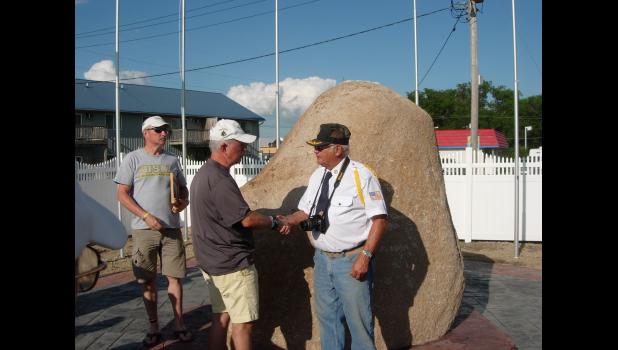 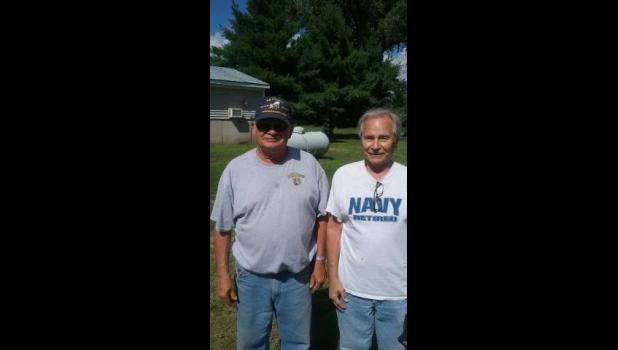 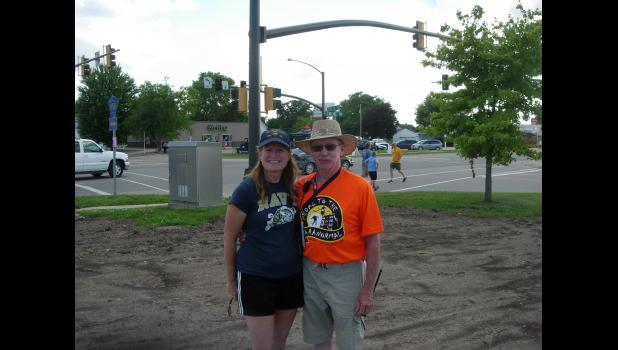 By:
Marcie Klomp News Editor tpdeditor@crescotimes.com
CRESCO - He didn’t know anything about it, but that’s what makes a surprise so great.
Jim Perry, who has taken a dual leadership role as Cresco American Legion Commander and Chairman of the Freedom Rock Committee this year, was honored when he was called forward to accept not one, not two, but five Command Coins (also called Challenge Coins), from Navy personnel present.
Perry, who is retired after 25 years in the Navy (five of those being active duty), was a Seabee, the construction force of the Navy.
Perry was recognized during a picture-taking event at the Freedom Rock on July 27, the day RAGBRAI® came through Cresco.
• The most prized coin was from a two-star rear admiral:
Front: Deputy Commander * Navy Region Southeast * Enabling Warfighter Readiness
Back: Rear Admiral Hugh Blackwood, USN
• One star rear admiral
Front: RDML Marshall E. Cusic, JR, MC, USN (RET), United States Navy
Back: Department of the Navy, Bureau of Medicine and Surgery
• Given by Senior Enlisted Amy Grasse (an E7 Chief Petty Officer, who Perry says are the backbone of the Navy)
Front: Deckplate Leadership
Back: Team Navy Cycling
• Given by Senior Enlisted  Selena Roux
Front: Aviation Maintenance Management Team 5, Pacific Fleet Naval Air Force* Effectiveness and Efficiency through standardization and training
Back: Various logos of Navy
• Given by Steve Kelly, Team Captain for . . .
Front: United States Navy
Back: Team Navy Cycling
The coins were given to Perry in the form of a handshake by five members of Team Navy Cycling. It is a special honor to receive the medalians. “They don’t give them away,” he said. They are normally given to recognize outstanding performance.
The short ceremony was especially meaningful to Perry as he stated, “I’ve never shook hands with an admiral before!”
Of the coins, the Builder 1st Class noted, “I wasn’t expecting anything. It totally shocked me. If you earn a medal, you went above and beyond. It’s not just what you do in the Navy, but what you do in your community, too.”
The recognition was for several reasons — Perry’s service, heading up the Freedom Rock project and giving the team a place to stay on Cresco’s overnighter.
When the group was looking for a place to stay, they requested a quiet place, which fits Perry fine as he lives in the country, albeit on a gravel road, which is not conducive to bicycles!
“I told them I had two showers with hot water and a wrap-around porch. I told them I could transport them to town with the Legion’s parade trailer.” The group thought that would work.
On Thursday, by 10:30-11 p.m. they were in their tents. “Several told me it was their best night’s sleep all week.”
He also honored the high-ranking officers of the group. Any time an admiral comes on board a ship or into a building, a bell is rung as it is announced, “So and so is on board” or “So and so is leaving.”
Perry has an old school bell and rang it once for the one-star admiral and twice for the two-star admiral as they came and left his property.
A group of committee members spent the day at the Freedom Rock, spreading the word about the project and collecting donations. For fun, they had donation buckets available, with the five branches of the service, to see which one would garner the most money. Army came in first with $53; Navy had $48.86; Air Force had $17.00; Marines had $2.39; and Coast Guard received $1.00. Every little bit is helping to pay for the new Freedom Rock Park and maintenance fund.