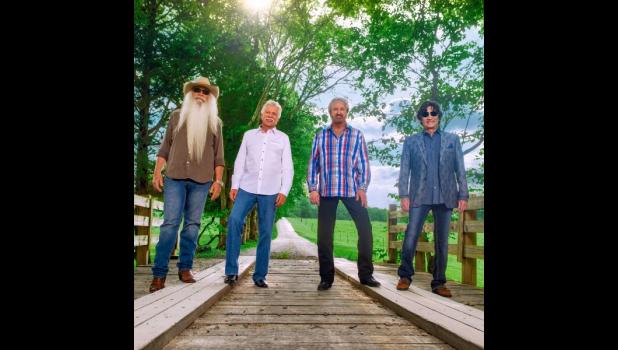 By:
By Nate Troy Sports Editor sports@crescotimes.com
CRESCO - Summer is officially here, which also means that it’s Fair Time! The Mighty Howard County Fair will be celebrating its 125th anniversary from June 20 to June 24. This year’s grandstand entertainment is sure to draw a big crowd!
All the grandstand shows can be enjoyed for one low price. Fair buttons, which are good for all the shows, can be purchased at many Howard County businesses for the low price of only $30 prior to the Fair and $40 if purchased during Fair week. A schedule of events is listed as follows.
• Wednesday, June 20: The East Central Iowa Pullers Association will host a sanctioned Truck and Tractor Pull. The event starts at 6:30 p.m. and it will feature six classes: 13,000-pound Farm Stock; 8,500-pound 466 Open; 6,200-pound Super Stock 2-wide Trucks; 6,200-pound Stock 4x4 Trucks; 9,300-pound Super Farms; and 8,000-pound 2.6 Diesel Trucks.
• Thursday, June 21: Stock Car Races will start at 6:45 p.m. with Hot Laps. The races will feature Stock Cars, B-Mods, Hobby Stocks, 4-cylinder Hornets and 600 Mod-Lites. The event is sponsored by South Side Bar & Grill, KVIK Classic Hits, Precision Overhead Doors and Phil’s Lawn Service of Cresco.
• Friday, June 22: Night number one of the ‘Party in the Pit’ begins with the band, Midland, at 8 p.m. Also appearing as a special guest is the band, Forgotten Highway.
Midland formed in Dripping Springs, Texas, and it features the talents of vocalist Mark Wystrach, lead guitarist Jess Carson and bass player Cameron Duddy. The group first gained major attention playing clubs in Texas.
Midland gives credit to the wild west with country music that might remind people of the 1970s and 1980s with a modern day twist. They have opened for Dwight Yoakum and Willie Nelson.
• Saturday, June 23: The second night of the ‘Party in the Pit’ features The Oak Ridge Boys, who are on their Shine the Light Tour 2018. The special guest of the band is A.C. Jones. This event will be sponsored by Grammy, Dove, CMA and ACM award winners & Country Music Hall of Fame Members.
The Oak Ridge Boys, which were founded in the 1940s as the Oak Ridge Quartet, has one of the most recognizable sounds in music. The four-part harmonies of the group have resulted in many Country hits a Number One Pop smash (Elvira) and earned them many awards. Whenever they perform, the group bring decades of charted singles, and 50 years of tradition, to a stage show that is seen as one of the most exciting in the United States. The band includes: lead singer, Duane Allen; bass singer, Richard Sterban; tenor Joe Bonsall and baritone William Lee Golden.
• Sunday, June 24: The Demolition Derby will start at 5 p.m. with fireworks following the Derby sponsored by CUSB Bank. Demo Derby Classes and prize money include: Old/New Modified Build; Stock Big Car; Stock Trucks; Stock Midsized Car. All demo vehicles must be signed in one hour before the starting time and must pass the inspection. Anyone who shows up later than 6 p.m. must pay a $50 late fee.
Events at the Expo Pavilion
Events featured at the Expo Pavilion are as follows.
• Wednesday, 9 p.m. to closing - Tim’s Mobile Music.
• Thursday, 9 p.m. to closing - EF5.
• Friday, 9 p.m. to closing - Forgotten Highway.
• Saturday, 2 p.m. to 5 p.m. - Stateline DJ, Kyle Hanson; 5 p.m. to 8 p.m. - KNEI Bluff Country Pre-Concert Party with music by ‘KVIK Music Cruisers’; 9 p.m. to closing - A.C. Jones, Buses and Trains.
Evans United Shows
A wristband can be purchased which allows kids to go on all the midway rides during the Fair. The cost of the wristband is $25 when purchased at the Fair.
Moonlight Mania will be held on Friday, June 22 from 6 p.m. to 10 p.m. Family Day at the Midway will be on Sunday, June 24 from 1 p.m. to 5 p.m.
Other entertainment
Free entertainment at the fairgrounds during Fair week will also include the following
• The Fair will present the “Got Talent Contest” on Tuesday, June 19 at 7 p.m. at the Scheidel Plaza Stage. There will be two age classes: age 16 and under; and age 17 and older. First prize is $250, second place is $100 and third place is $50.
• The 2018 Howard County Fair Queen and Fair Princess Coronation will take place on Wednesday, June 20 at 5:30 p.m. at the Scheidel Plaza Stage.
• Los Moralitos Circus, which will include free shows daily from Wednesday through Sunday.
• Nick’s Kids Show, which will include shows all five days of the Fair.
• The Barnyard Adventure Show, which includes daily shows.
• Face Painting by Amy at the Featherlite Center from Wednesday to Saturday from noon to 6 p.m. and Sunday from noon to 3 p.m.
• McNeilus Companies of Riceville, McIntire and Dodge Center present “Family Day at the Fair” on Saturday, June 24.
• There will be a Kid Power Pedal Tractor Pull at Scheidel Plaza Area starting at 3:30 p.m. on Saturday, June 23. Kids age four to 11 are welcome to compete. Three trophies will be awarded in each of the eight classes.
• Tim the Music Man will present ‘Let’s Polka’ on Sunday, June 24 from noon to 3 p.m.