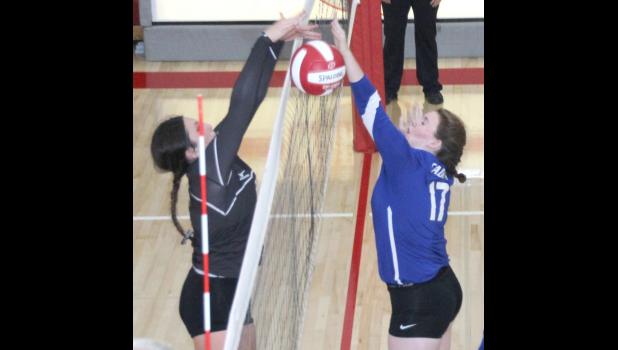 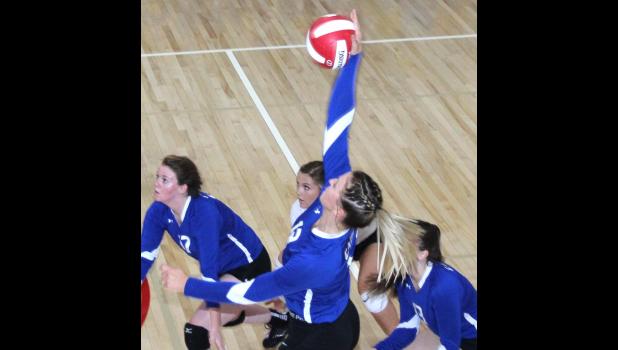 By:
Nate Troy
CALMAR -  A tremendous effort by the Crestwood volleyball team came up a few points short against South Winn on Tuesday, Aug. 29 as the Warriors edged the Cadets, 3-2 (25-16, 18-25, 27-25, 18-25, 16-14).
Cadet Coach Robin Gossman was happy with the way his team battled hard against the Warriors.
“We were much better in this match than the one last week,” Gossman noted. “We played with good intensity at times, but not all the way through the entire match.
“Once we put an entire match together we will be all right. The girls still have a way to go learning what I want them to learn, but they are willing,” he said.
In game one, South Winn took an early 6-3 lead before Crestwood came back to cut the Warriors’ lead to 9-8. However, South Winn came back with an 11-4 run to take a 20-12 lead before clinching the game, 25-16.
The second game saw the Cadets bounce back strong. Crestwood took an early 5-0 lead on five straight serves by Shannon Pisney. South Winn was unable to cut the Cadets’ lead to under six points down the stretch as Crestwood won, 25-18.
Game three was a close back-and-forth contest. Both teams traded the lead throughout the game. South Winn went on a 5-0 run to take a 17-12 lead before Crestwood clawed back to tie the game at 22. The Cadets nabbed a brief 25-24 edge before the Warriors scored three straight to win the game, 27-25.
Crestwood rebounded well by winning game four, 25-18, but it was unable to clinch the match win as South Winn prevailed in game five, 16-14.
Complete Crestwood statistics were not available at press time. The Cadets will host the Kepros Invite Saturday, Sept. 9 at 9 a.m.