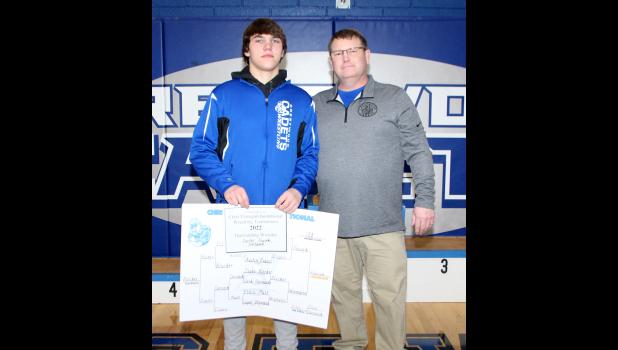 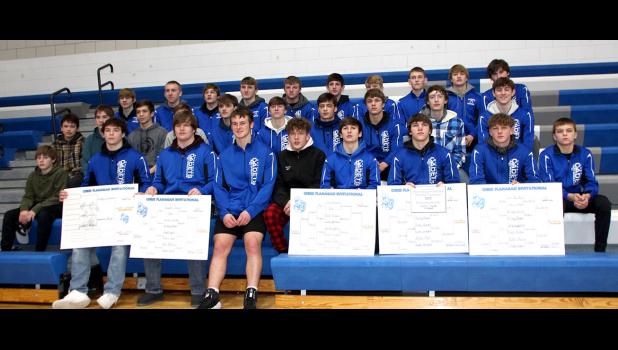 By:
Nate Troy sports editor
CRESCO - Only a stellar performance by a strong Creston squad prevented the Crestwood wrestling team from capturing the team title at the Chris Flanagan Invitational held on Saturday, Jan. 8 at Crestwood.
Creston racked up 214 total points to win the team title while Crestwood was a close second with 203.5 points. The Cadets crowned five individual champions including: Cole Schmauss, 113 pounds; Carter Fousek, 138; Cole Butikofer, 152; Landen Schemmel, 195; and Brayden Ishman, 285. Drew Jackson finished second at 220 pounds. Kole Johnson (120), Mitchell Schmauss (106), Cade Korsmo (126), Trent Pisney (160), Ashton Howe (170), Ethan Govern (132) and Kole Balvanz (285) all placed fourth. Daniel Schwickerath (120), Bryce Shea (145), Aidan Skoda (152) all placed fifth.
Fousek, who tallied two pins and won a decision, captured his fourth Flanagan championship, and he was named the Flanagan Invitational’s Outstanding Wrestler for the third time.
“Our guys faced some very good competition Saturday,” Crestwood Head Coach Keith Slifka said. “Some of our JV kids got some good experience at the tournament, and most of them got at least one win.
“Overall, we had some highs and lows during the day. Some of the younger kids are still learning how the system works and trying to find their identity. All-in-all, we saw many good things, but we know we still have areas to clean up and work on," Slifka said.