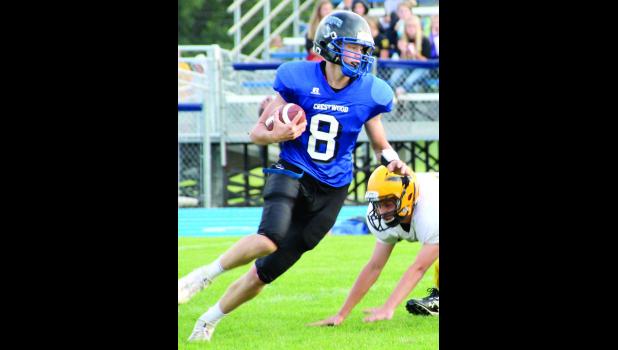 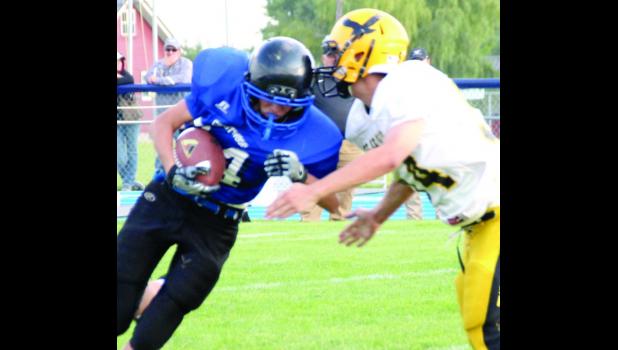 By:
Nate Troy
CRESCO -  The Crestwood ninth grade football team opened its season on a strong note with a 20-0 win over Waverly-Shell Rock Friday at home.
Crestwood’s Kade Munkel took the opening kickoff 70 yards to the house to give the Cadets a 6-0 lead.
After forcing a Waverly-SR punt, the Cadets took over with good field position. Following runs by Mason Peter and Lawson Brown, the Brown reached paydirt for the second touchdown of the game. The two-point conversion gave the Cadets a 14-0 lead.
Later in the first, Cadets Carter Henry, Reid Wiley and Mason Peter forced a W-SR fumble, and Crestwood’s Kade Munkel recovered the ball and raced 25 yards for a touchdown to make the score 20-0.
“After the quick start to the game, we started playing a little sloppy and couldn’t get the ball down the field without having some sort of mistake,” Crestwood Coach Nate Dietzenbach said. “The defense continued to play hard and managed to keep waverly out of the endzone for the entire game.”
Lawson Brown, Gabe Grabau, and Mason Peter led the defense as each player finished with six tackles. Trey Burnikel and Walker Sobolik each had interceptions.
“I was pleased to see the freshman come out hot right away ready to play,” Dietzenbach said. “It has been a long month of practicing without having a scrimmage or game so they were excited to play. Coaching a new group of kids, it was fun to see how they got into game mode and got after it."