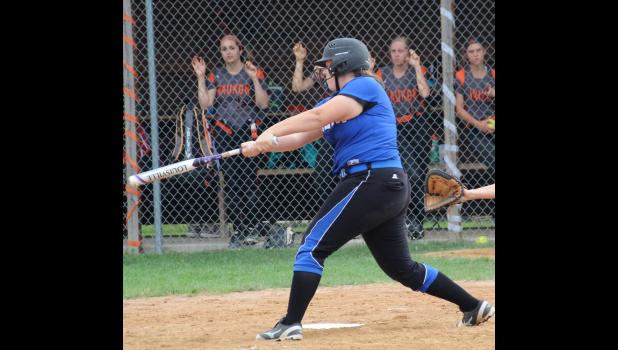 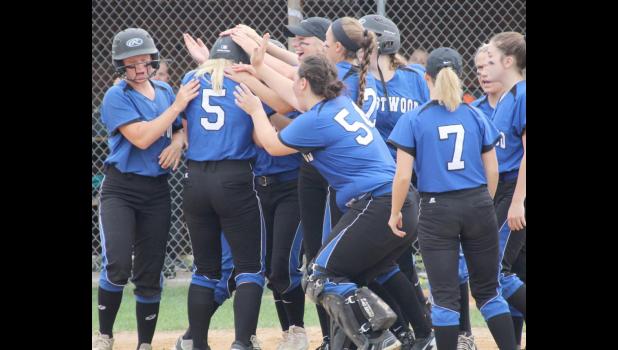 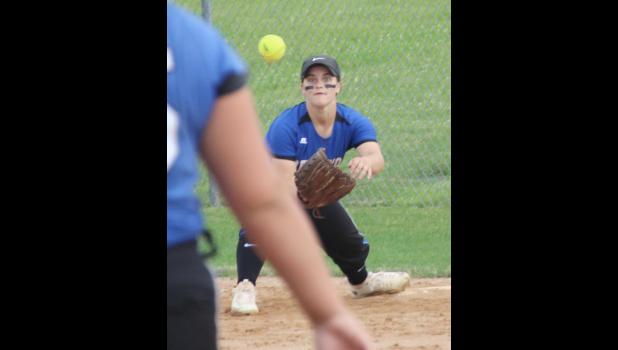 By:
Nate Troy
WAVERLY - A rough night at the plate hurt the Crestwood softball team against Waverly-Shell Rock on June 27 as the Cadets lost both games of a doubleheader to the Go-Hawks, 2-4 and 0-5.
Playing a twinbill at Waukon on June 29, the Cadets excelled on offense and defense as they swept the Indians, 11-1 and 8-0 to improve to 22-8 overall and 15-3 in the Northeast Iowa Conference.
The Cadets (22-8) will face North Fayette Valley (17-14) at home on July 5 at 7 p.m. in the first round of the Class 1A Region 5 Tournament. The winner will play either West Delaware or Osage July 7 at 7 p.m. in Manchester. The Region Final is scheduled for July 10 at 7 p.m. at the site of the highest remaining seeded team.
W-SR 4, Cadets 2 (G1)
In the first game, a late rally by the Cadets fell short as Waverly-SR downed Crestwood, 4-2.
The Go-Hawks took a 4-0 lead after four innings before the Cadets tallied two runs in the top of the seventh.
Crestwood Coach Doug Sickles said the Cadets had trouble getting any momentum on offense against the Go-Hawks.
“We’re a good team when we hit the ball up and down the lineup, but in both games against Waverly, we didn’t string together enough hits,” Sickles said. “We left too many baserunners on base, and our defense was inconsistent in both games.”
Lauren Reicks finished with three hits, including one double. Shannon Pisney had two singles. Kristen Reicks had one hit. Annie Mast had one double. Kaylie Henry had one double and two runs batted in.
Laken Lienhard was the losing pitcher. She went seven innings, allowed five hits, two earned runs and struck out three.
Score by innings
CW   0 0 0 0 0 0 2 - 2
WSR 1 0 2 1 0 0 x - 4
W-SR 5, Cadets 0 (G2)
In game two, the Go-Hawks took a 3-0 lead over the Cadets in the third inning and cruised to a 5-0 victory.
Crestwood struggled at the plate in the second game as the Cadets finished with only two hits. Shannon Pisney and Megan Ryan each had one single.
“We didn’t hit the ball well enough to win the game,” Sickles noted.
Lauren was the losing pitcher. She went seven innings, allowed five hits, three earned runs and struck out three.
Score by innings
CW    0 0 0 0 0 0 0 - 0
WSR  2 0 1 0 0 2 x - 5
Cadets 11, Waukon 1 (G1)
In the first game against the Indians, the Cadets plated four runs in the third and sailed to an impressive 11-1 win.
In the top of the third, Kaylie Henry singled and scored when Kelsey Burnikel reached base on an error. Shannon Pisney crushed a three-run home run to center.
The Cadets pushed the lead to 5-0 in the fourth on a solo homer by Laken Lienhard.
Crestwood put the game out of reach with six runs in the seventh. Lauren Reicks doubled to drive in Pisney. Megan Ryan hammered a two-run homer to left. With two outs, Lienhard crushed a three-run home run to left to give the Cadets an 11-0 lead.
Lienhard was the winning pitcher. She went seven strong innings, allowed only one hit and struck out 11.
At the plate, Lienhard finished with two home runs, one double, one single and four RBI. Pisney had two home runs, one double and four RBI. Megan Ryan had one home run and two RBI. Lauren Reicks had one double. Kaylee Thomas and Kaylie Henry each had one hit.
“Laken did a great job pitching, and as a team, we had a real good night at the plate,” Sickles noted.
Score by innings
CW  0 0 4 1 0 0 6 - 11
Wak 0 0 0 0 0 0 1 -  1
Cadets 8, Waukon 0 (G2)
In game two, the Cadets broke open a close game with six runs in the fourth en route to a solid 8-0 win.
Pisney tallied three hits, including one home run, and had three RBI. Kelsey Burnikel, Karley Freidhof, Kaylee Thomas and Kristen Reicks each had one hit. Lauren Reicks had one double.
Annie Mast had one home run and two RBI. Kaylie Henry had three hits, including one triple. Laken Lienhard tallied one double and two RBI.
Lauren Reicks was the winning pitcher. She went seven innings, allowed four hits and struck out nine.
“When we hit the ball well, we are a dangerous team,” Sickles noted. “Before every game, I tell the girls they need to drive the ball. Against Waukon in both games, when we made their pitcher elevate the ball, we hit the ball well.”
Score by innings
CW   0 0 1 6 0 1 0 - 8
Wak  0 0 0 0 0 0 0 - 0