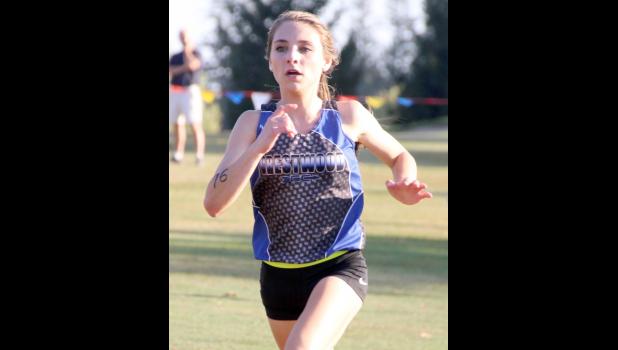 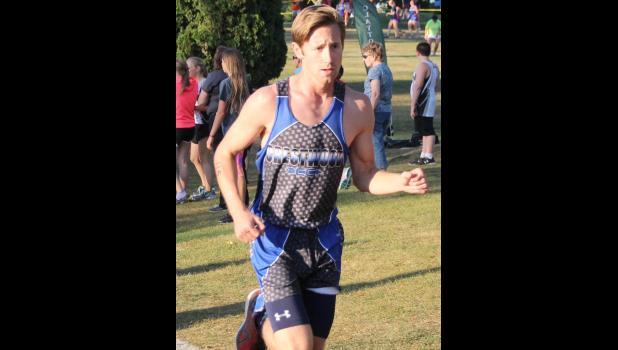 By:
Nate Troy
WAUKON -  Warm weather and strong competition didn’t faze the Class 2A No. 4-ranked Crestwood varsity girls’ cross country team on Sept. 19 at the Waukon Invitational as the Cadets nabbed second overall with 57 points, led by No. 4-ranked Ellie Friesen, who took first in 19:16.
The Crestwood varsity boys’ team also competed hard as it placed fifth overall with 120 points. Carlos Beascochea had the highest finish for the Cadets as he placed 16th in 19:25.
Four of Crestwood’s six varsity girls finished in the top 20 to earn medals. Ellie Friesen was first, No. 7-ranked Cassidy Ihns was fourth in 20:23, No. 11-ranked Hope Dohlman took ninth in 21:03 and Emily Friesen placed 18th in 22:18. Brynn Bodermann took 26th place in 23:03 and Sarah Mashek was 32nd in 23:33.
In the varsity boys’ meet, Beascochea was 16th in 19:25 and Bryden Juelsgaard placed 20th in 19:35 as both runners nabbed medals. Boston Ferrie took 28th in 20:08, Garrett Ollendieck was 29th in 20:20, Blake Murphy placed 30th in 20:21, Kyle Quam was 31st in 20:22 and Jon Millage took 44th in 21:20.
In the Junior Varsity girls’ race, the Cadets finished second with 53 points. Annie Mast led the team as she placed seventh in 23:30. In the JV boys’ race, Crestwood took third with 68 points. Justin Nibaur had the best finish as he took 23rd in 21:38.
Crestwood Head Coach Jim Obermann praised all the Cadet runners for competing well against a challenging course and many strong teams. Ranked teams who competed at Waukon included: Crestwood, Waukon, Decorah, Lansing Kee and Central.
“Our varsity girls’ team had a good night against very strong competition,” the coach said. “Our girls competed very well to place a strong second against a good field of teams.
“We had several girls who ran strong races. Ellie Friesen ran a great race. Cassidy Ihns went out strong, and she continues to show that she is one of the better runners in Iowa in Class 2A. Hope Dohlman ran strong, and Emily Friesen also had one of her best races. Emily is having a strong season this year.
“Overall, all the varsity girls ran very well. We are continuing to try to close gaps between our runners. As we keep closing those gaps, that will help our team scores,” the coach said.
Obermann compliments the Cadet JV girls’ team as well.
“I thought Annie Mast ran very well,” Obermann said. “Annie continues to get stronger as she gets more races under her belt. She pushes the girls in front of her, and she provides our team with more depth.
“Libby Labosky has also had a nice season for us. She is another girl who gives our team depth. Overall, our JV girls’ team ran very well,” Obermann said.
The coach said the varsity boys’ team is also running well despite missing a few runners with injuries and illnesses.
“The varsity boys’ team is still competing hard even though we are missing some of our top runners,” Obermann said. “Nathan Martinek is still battling an illness. Ryan Steffen and Kaden Anderlik have leg injuries.
“I’m very proud of the way some of our guys have stepped forward. Looking at our guys who ran at Waukon this year, we had only kid (Blake Murphy) run varsity this year who ran in this race at Waukon last year. We have a lot of new faces who are competing well.
“Carlos Beascochea continues to be a strong runner. He is new to the team, but he really goes out and competes hard. He’s a nice young man who is a great addition to our team. He deserves accolades for how he has stepped in and become a strong force for us.
“Bryden Juelsgaard is one of the better sophomores in the conference. He really competes hard. Both Bryden and Carlos have gotten to the point where they push each other well and they have become leaders, which is good to see.
“One other runner who has stepped up is Garret Ollendieck. He joined our team late, but he has done a nice job of working his way onto the varsity team. He keeps getting better, and he has been a pleasant surprise for us.
“Kyle Quam and Boston Ferrie have also done a good job of stepping up on the varsity team. On the JV boys’ team, Justin Nibaur and Matthew Slifka have both competed strong for us. If not for the depth we have, we might not finish as high (in the team standings) as we have. It is good to see some of our younger guys making good progress,” Obermann said.