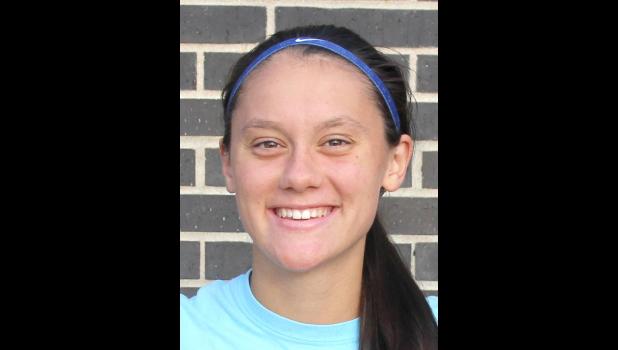 CHARLES CITY -  Racing against stout competition during the first meet of the season on Thursday in Charles City, the Crestwood boys’ and girls’ cross country teams both performed very well. No team scores were recorded at the meet.
There were four different divisions during the meet: ninth and 10th grade boys, ninth and 10th girls, 11th and 12th boys and 11th and 12th girls.
Seven Crestwood girls and four boys earned medals by placing in the top 20 of their respective division.
In the 11th and 12th grade girls race, six Cadets placed in top 20. They included: 1st place, Ellie Friesen 18 minutes, 41 seconds; 3. Cassidy Ihns 20:00; 7. Hope Dohlman 20:40; 10. Emily Friesen 22:01; 12. Brynn Bodermann 22:21; and 15. Katie Saner 22:41.
Rachel Steffen finished 16th in the ninth and 10th grade girls race in 23:10, and Bryden Juelsgaard took 13th in the ninth and 10th grade boys race in 22:47.
In the 11th and 12th grade boys race, Nathan Martinek took second in 17:18, Ryan Steffen was 12th in 19:09 and Carlos  Boesconchea was 20th in 19:40.
“This was a good first meet of the season for us,” Cadet Coach Jim Obermann said. “This meet fielded some of the strongest teams we’ve ever competed against at the Charles City meet, including Mason City and South Winn.
“We had a lot of runners working hard during the meet. Rachel Steffen and Bryden Juelsgaard both ran well in the ninth and 10th grade races to earn medals,” the coach said.
Obermann noted the 11th and 12th grade girls ran strong overall, which was evidenced by six girls earning medals.
“Ellie Friesen ran a great race to take first in 18:41, which was the same time she had last year at this meet,” the coach said. “She went out really hard during the first couple miles of the race. She has put in a lot of (practice) time getting ready for the season.
“It was nice to see Cassidy Ihns place third in her first cross country race for Crestwood. She ran a fantastic race, and she finished with a personal record time (20 minutes). Hope Dohlman and Emily Friesen also ran well. Katie Saner earned a medal in her first-ever cross country race, and Brynn Bodermann also competed well.
“I was not surprised to see we had six medalists because all of them deserved it. It was also great to see Annie Mast, Sarah Mashek and Sami Bigalk all run well at the meet,” Obermann said.
The coach also gave kudos to the Cadet boys who ran at Charles City.
“Justin Nibaur really showed some improvement and ran well in the ninth and 10th grade race,” Obermann said. “Nathan Martinek ran a good race to place second (in the 11th and 12th grade race), and he earned a personal record. Nathan has made a strong committment to the sport, he has put in the miles and his success is well-deserved.
“Ryan Steffen also ran well to earn a medal. Kristian Szajna, Kyle Quam and Boston Ferrie also competed well. Carlos Boesconchea, who just joined the team recently, also ran well. Our 11th and 12th grade boys ran very well as a group, and they posted some of their best times,” Obermann said.
While the coach was pleased to see several Cadets earn medals, he said the finishing times matter most.
“The first meet of the year is not really about the medals or placings,” Obermann said. “It’s more about the times. We want the kids to do some self-reflection and ask themselves what they can do to improve (during upcoming meets).
“I think many runners will show a big improvement during their second meet. I think the Charles City meet showed us what potential we have. The meet was a good test for us. Overall, our times were solid and our runners were very competitive,” Obermann said.
The Crestwood cross country teams will compete at Luther College on Sept. 9.