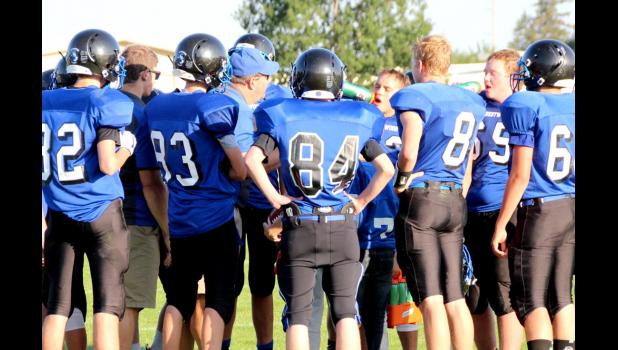 By:
Nate Troy
CRESCO - The Crestwood ninth grade football team built a 30-0 halftime lead and cruised to a 38-0 win over Hampton-Dumont Friday to improve to 3-0 overall.
Mason Peter raced 66 yards for the Cadets’ first touchdown in the first quarter.
The Cadets added three touchdowns in the second quarter. Carter Henry scored on a one-yard run, and Mason Peter ran the ball in for two points. Peter scored later on a 14-yard run, and Lawson Brown added the two-point conversion.
With under one minute left before halftime, Carter Henry tossed a 10-yard touchdown pass to Reid Wiley. Henry completed the two-point pass to Wiley to give Crestwood a 30-0 halftime lead.
In the third quarter, the Cadets added the final touchdown on a seven-yard run by Carter Henry. Henry completed the two-point pass to Austin Johnson.
Mason Peter led the offense with 169 rushing yards. Lawson Brown had 63, Carter Henry had 36, and Sawyer Swatek had 35. Reid Wiley led the team with 30 yards receiving. We had a total of 336 yards on offense.
“Our defense did a good job for most of the game,” Cadet Coach Nate Dietzenbach said. “We were physical and when they started making a couple plays, and we were able to come up with a big stop to keep them from gaining momentum.”
Mason Peter led the defense with nine tackles. Landon Simiele had eight tackles. Gabe Grabau and Trey Burnikel each had seven. Kade Munkel had six tackles and a fumble recovery.