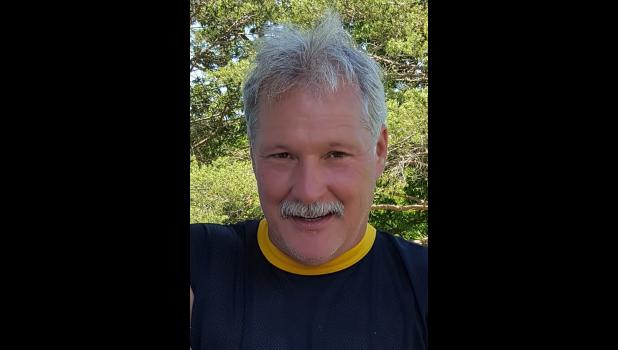 May 9, 1960 —
Nov. 15, 2018
Cresco - Tom Ostby, age 58 of Decorah, Iowa, passed away at his home on Thursday evening, Nov. 15, 2018.
Funeral services will be at 1:30 p.m. on Tuesday, Nov. 20, 2018 at Greenfield Lutheran Church at Harmony Minn., followed by burial in Pleasant Hill Cemetery, Lime Springs, Iowa. Friends may call on Tuesday from noon until time of services at the church.
Thomas H. Ostby was born on May 9, 1960 in Riceville, Iowa to Henry and Mary (Mahan) Ostby. He graduated from Harmony High School, after which, he served in the Navy, stationed in Coronado, Calif. He enjoyed his time on the Aircraft Carrier USS Ranger CV-61.
Following his time in the Navy, Tom worked for American Milk Producers Inc. in Rochester for 20 years. Later he was a firefighter at the Rochester Airport for 12 years. Most recently, he worked at Gemini in Decorah. He married Jennifer Wroblewski on the farm on June 25, 2016. They have been together for 15 years.
Tom enjoyed being active outdoors, especially hunting deer and turkey as well as fishing. He also enjoyed woodworking, cooking and baking. He loved dogs, especially Sheila, whose ashes will be buried with him.
Tom is survived by wife Jenny Ostby of Decorah; three children, Jared (Andrea) Wroblewski of Pine Island, Minn., Emily (Tyler) Clark of West Union, Iowa and Nathan (Alexis) Wroblewski of Zumbrota, Minn.; one granddaughter, Anastasia Clark; a brother, Terry (Rhonda) Ostby of Chatfield, Minn.; his father, Henry Ostby of Chatfield, Minn.; and three nieces and nephews, Bryan Ostby, Christopher Ostby and Holly Kreofsky.
Tom was preceded in death by his mother, Mary Ostby.